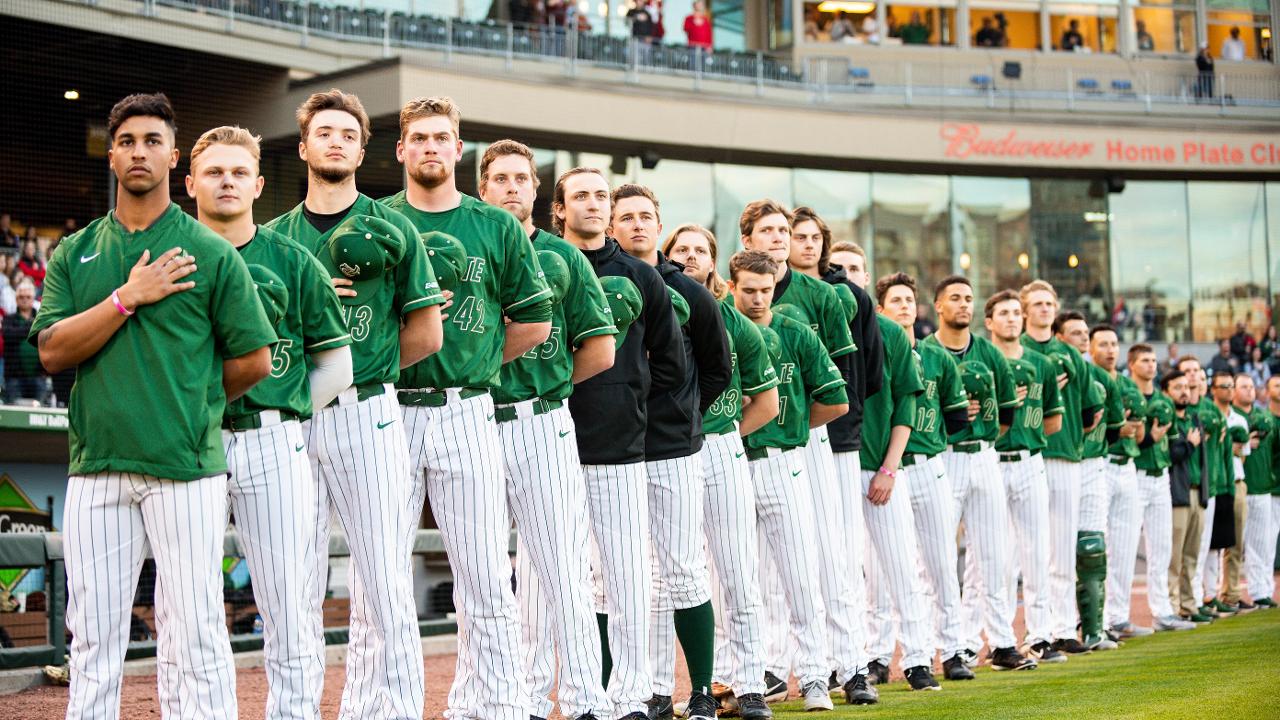 The 49ers will return to Uptown Charlotte in 2020 for the sixth straight year. (Laura Wolff/Charlotte Knights)

(UPTOWN CHARLOTTE, NC) -- For the sixth consecutive season, the Charlotte 49ers will return to Uptown Charlotte to play baseball at BB&T Ballpark in 2020. The 49ers will host the Wake Forest Demon Deacons on Tuesday, March 17 and then host the N.C. State University Wolfpack on Tuesday, March 24. Gates for both games will open at 6:00 p.m. and first pitch of each of the two matchups is on tap for 7:05 p.m. from the home of the Charlotte Knights.

The 49ers played the first-ever collegiate baseball game in BB&T Ballpark history against N.C. State University on March 31, 2015. Over the course of the past five seasons (2015-19), the 49ers have played nine games in Uptown Charlotte. The 2020 season will mark the first for new head baseball coach Robert Woodard, who replaced long-time head baseball coach Loren Hibbs in June.

Tickets for these two games at BB&T Ballpark in 2020 will go on sale at a later date. Additional games as part of the 2020 Sunbelt Rentals Collegiate Baseball Series will be announced soon.