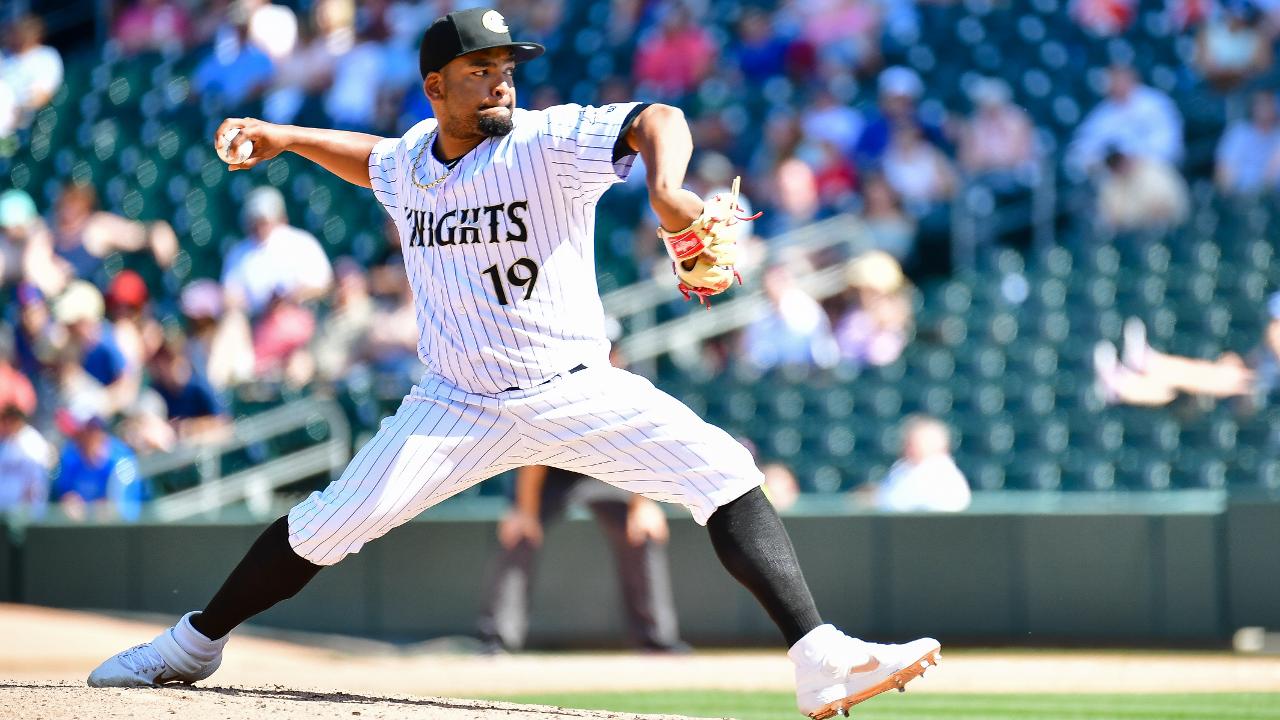 (ALLENTOWN, PA) -- RHP Odrisamer Despaigne dazzled on the mound, third baseman Trey Michalczewski, first baseman Yermin Mercedes, and catcher Zack Collins all homered, and the red-hot Charlotte Knights beat the Lehigh Valley IronPigs by a score of 9-2 from Coca-Cola Park in Allentown, PA on Friday night. The win was Charlotte's fifth straight and ninth over their last 11 games.

The Knights got off to a quick start in the opening game of their three-game series against the 'Pigs thanks to runs in each of the first four innings on Friday. The surging Knights scored their first five runs of the game over the first four frames highlighted by a two-run blast from Michalczewski in the fourth inning off Lehigh Valley starter JoJo Rivera (3-3, 7.57). Michalczewski's home run was his third of the season with the Knights.

The Knights will continue their three-game series against the Lehigh Valley IronPigs from Coca-Cola Park on Saturday night. Pre-game radio coverage of Saturday's 6:35 p.m. game is set for 6:20 p.m. on 730 The Game ESPN Charlotte and CharlotteKnights.com. The "Voice of the Charlotte Knights" Matt Swierad will have the call for all of the action.