Knights Fall To Tides 8-1 On Sunday 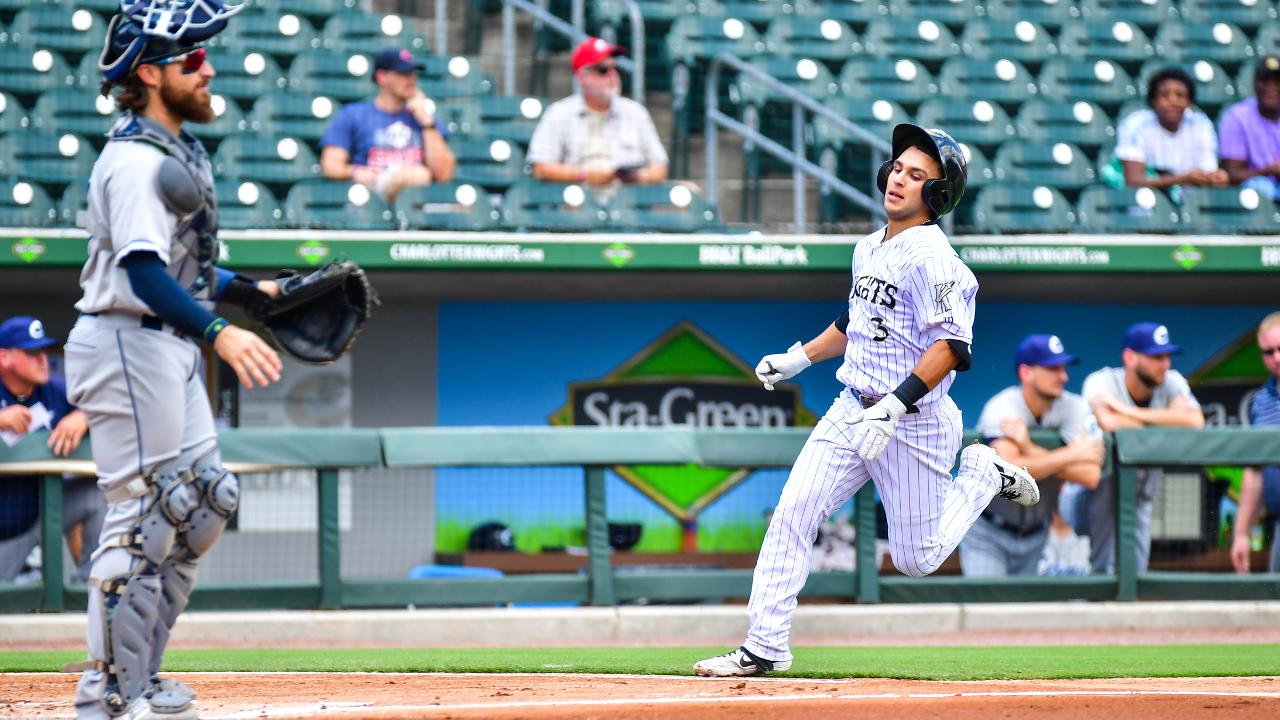 (UPTOWN CHARLOTTE, NC) - The Charlotte Knights dropped the finale of their three-game series with the Norfolk Tides by a score of 8-1 on Sunday afternoon at BB&T Ballpark.

Despite the loss, the Knights remain 4.0 games ahead of the Durham Bulls in the International League Wild Card standings with seven games to play. The Knights' magic number to clinch a playoff spot dropped to four with the Bulls' loss to the Gwinnett Stripers on Sunday.

The Tides began the scoring in the top of the second off Charlotte starter Justin Nicolino (L, 8-7). A fielder's choice ground out from Martin Cervenka scored Jose Rondon and Jack Reinheimer's sacrifice fly plated Austin Wynns for a 2-0 Tides lead in the second.

Charlotte got a run back in the third as Nick Madrigal led off the inning with a double to right, stole third base, and scored on a sacrifice fly from Danny Mendick to cut the visitors' lead in half at 2-1.

From there, Norfolk added to the lead on Rylan Bannon's three-run homer in the fourth off Nicolino. In the fifth, Rondon and Zach Vincej lined RBI hits to put Norfolk a-head 7-1, and that would be more than enough to win.

Over 4.1 innings, Nicolino allowed seven earned runs on nine hits with one walk and three strikeouts and was saddled with the loss. First out of the bullpen, Zach Thompson threw 1.2 scoreless frames before Colton Turner kept the Tides off the board for 2.0 innings. In the ninth, Caleb Frare gave up a run as Norfolk extended the lead to 8-1.

Norfolk starter Bruce Zimmermann (W, 2-2) picked up the win after giving up one run over 5.2 innings while walking three and striking out five.

Charlie Tilson was 2-for-4, the only Knight to record a multi-hit game in the loss, while Madrigal's run in the third was all the Charlotte offense could produce.

The homestand continues for Charlotte with a three-game series against the Durham Bulls beginning on Monday night. Odrisamer Despaigne (7-5, 3.45) is set to start for Charlotte. Pregame coverage of the 7:04 p.m. game is set for 6:50 p.m. on 730 The Game ESPN Charlotte. The "Voice of the Charlotte Knights" Matt Swierad and long-time Knights radio broadcaster Mike Pacheco will have the call for all of the action.