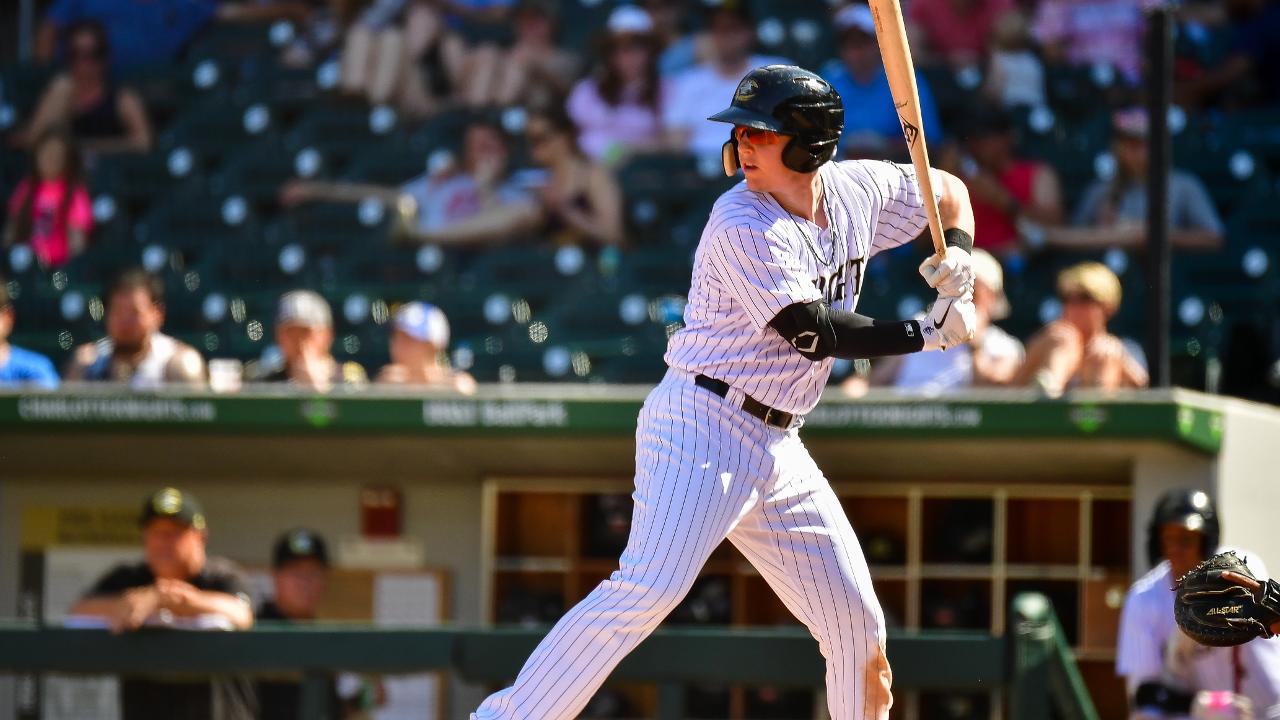 (DURHAM, NC) -- Since July 28 (24 games), the Charlotte Knights are the hottest team in all of Minor League Baseball. On Thursday, they remained red-hot.

DH Zack Collins, the reigning International League Batter of the Week, launched his 17th home run of the season to help lead the Knights to a 4-2 win over the Durham Bulls on Thursday in the finale of their four-game series from Durham Bulls Athletic Park. With the win, the International League Wild Card-leading Knights earned a four-game series sweep over their division rivals and moved to four full games ahead of them in the wild card race.

For nearly an entire month, the Knights have been on an epic run. The team owns the best record in all of Minor League Baseball with an impressive 19-5 mark since July 28. Over that span, the Knights have gone from 5.5 games back in the IL Wild Card standings to four full games ahead of the Bulls. With just 10 games left to play during the 2019 regular season, the Knights have a chance to make their way into the playoffs for the first time since 2012.

Charlotte RHP Dylan Covey (2-1, 3.05) tossed five shutout innings en route to his second win of the season on Thursday. Covey was helped by a four-run second inning, which proved to be all the Knights needed. Second baseman Nick Madrigal ripped a two-run double to put the Knights on the scoreboard. Center fielder Luis Robert followed with a sacrifice-fly RBI to give the Knights a 3-0 lead. Collins then added his fifth home run over his last eight games to make it a 4-0 game.

The Bulls battled back in the bottom of the eighth inning and mustered two runs off the Charlotte bullpen to cut the lead in half, 4-2. Still, that was as close as they would get in the finale. In the ninth inning, RHP Matt Foster recorded the final three outs of the game to earn his fourth save of the season.

The Knights and Bulls now have just three head-to-head games left during the 2019 regular season, all at BB&T Ballpark next week (Monday to Wednesday). The Knights will play seven of their final 10 games of the season against the Norfolk Tides. With Thursday's win, combined with a Gwinnett Stripers win, the Knights also remain just 1.5 games back of first place in the IL South Division standings.

The Knights will now return home to BB&T Ballpark on Friday night to open their final homestand of the 2019 regular season. Pre-game radio coverage of Friday's 7:04 p.m. game is set for 6:50 p.m. on 730 The Game ESPN Charlotte and CharlotteKnights.com. The "Voice of the Charlotte Knights" Matt Swierad and long-time Knights broadcaster Mike Pacheco will have the call for all of the action.