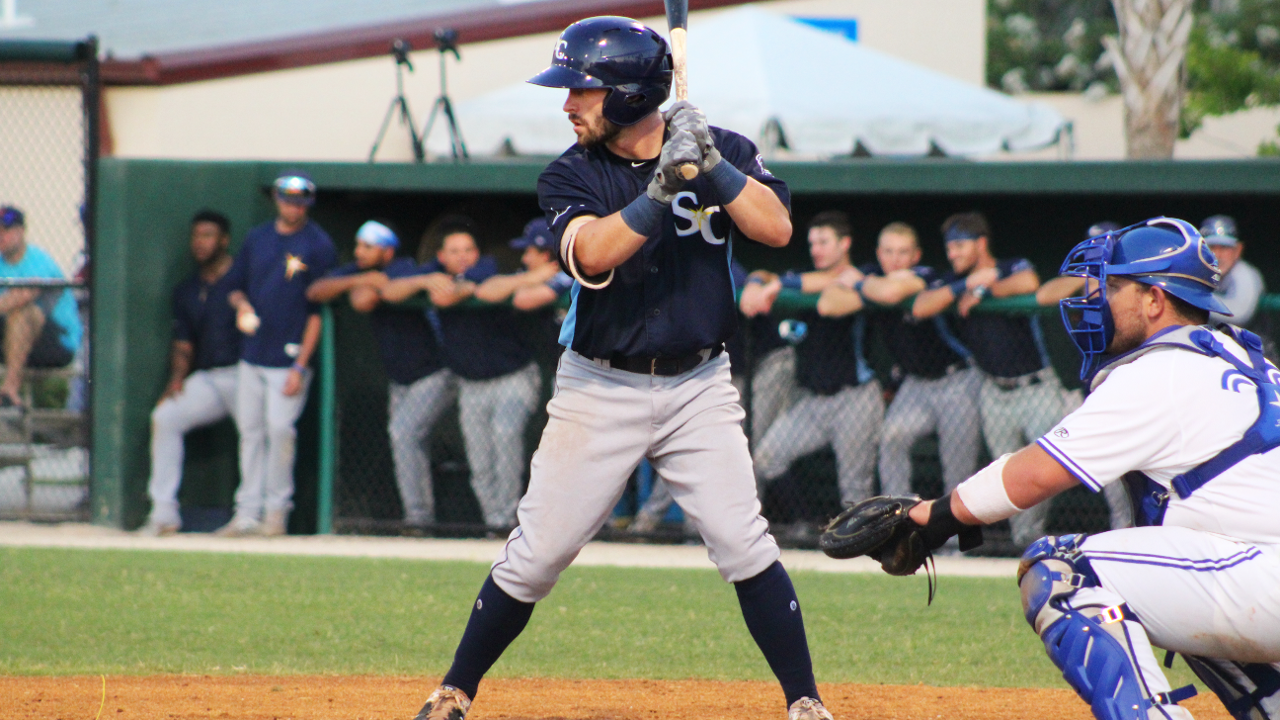 PORT CHARLOTTE, Fla. (August 26, 2019) - Garrett Whitley and Jake Palomaki both picked up multiple hits Monday, but the Florida Fire Frogs pulled out a 5-4 win in 10 innings at Charlotte Sports Park.

With the game tied 4-4 in the top of the tenth, Florida (53-80, 28-39) left fielder Jefrey Ramos moved the automatic runner to third with one out on a groundout. The next batter was Kevin Josephina, who flew a ball to deep right to score the runner from third and give the Fire Frogs a 5-4 lead.

The Stone Crabs (80-52, 45-21) held multiple leads in the game, but couldn't score over the final six innings against the Florida bullpen.

Charlotte got the bats going right away against Florida starter Walter Borkovich. After Palomaki lined a leadoff single, Ronaldo Hernandez crushed a double to the wall in left to move Palomaki to third. Palomaki then came home on a passed ball to make it 1-0. With Hernandez at third and one out, Moises Gomez lifted a sacrifice fly to center to extend the lead to 2-0.

With the Crabs still up two in the top of the third, Fire Frogs second baseman Brett Langhorne drew a one out walk. He then advanced to third on an error before scoring on a wild pitch to make it 2-1. With Riley Delgado at third and two outs, Drew Lugbauer drove a double to left center to tie the game at 2-2.

However, Florida got even in the top of the seventh on run-scoring hits from Riley Delgado and Drew Lugbauer.