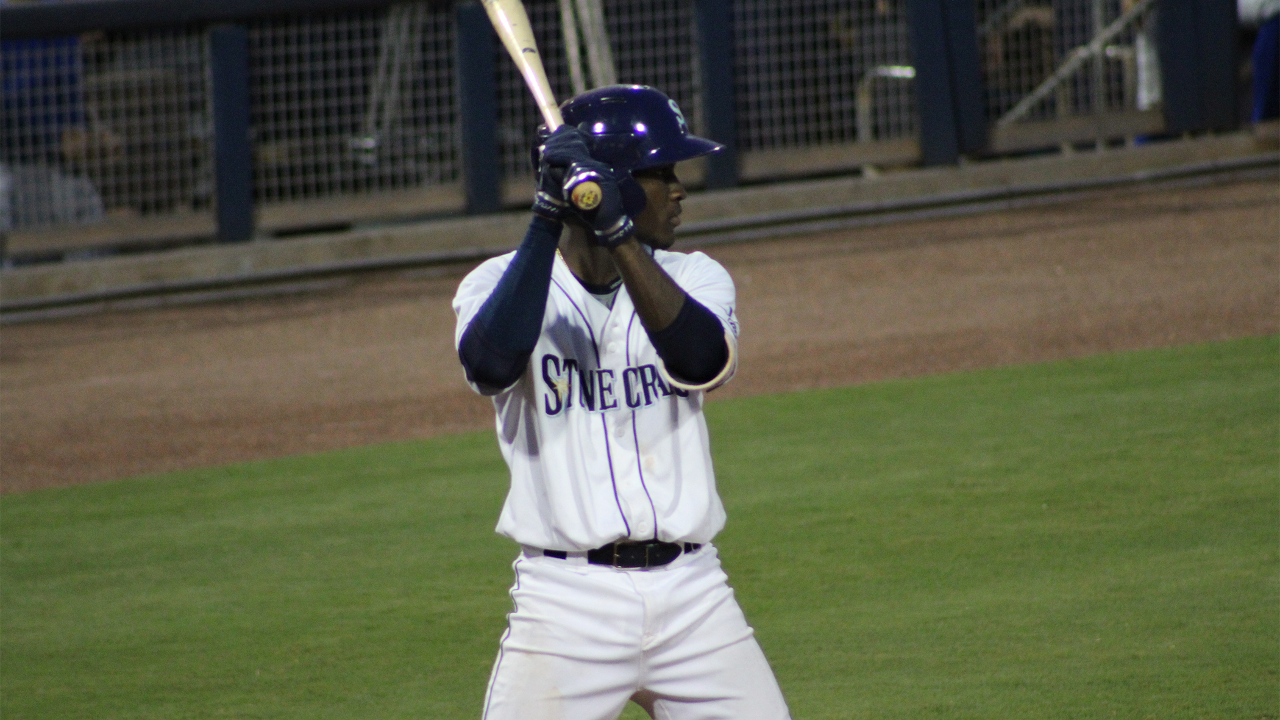 JUPITER, Fla. (May 31, 2018) - The Charlotte Stone Crabs dropped two out of three games against the Palm Beach Cardinals at Roger Dean Stadium this week.

The Stone Crabs' (24-25) effort was highlighted by their extra-inning win on Tuesday:

After tying the game at two in the top of the ninth, Miles Mastrobuoni broke the tie in the tenth with a single to right. Later in the inning, Tristan Gray cleared the bases with a triple to left, sealing a 7-2 win in extra innings. Brandon Koch (1-0) went two perfect innings to earn the win in relief. After playing only one game over the previous four days, the Stone Crabs utilized three starting pitchers over the first eight innings. Brock Burke turned in four scoreless.

Josh Lowe reached base three times and connected on two doubles, but the Stone Crabs managed only five hits against an excellent Palm Beach staff. Charlotte starter Brendan McKay (2-1) struck out nine batters, but allowed four runs over six innings in a losing effort. Nick Ciuffo was assigned to the team before the game and played in his first FSL contest since 2016.

Lucius Fox notched three of the Stone Crabs' four hits, while the rest of the lineup was shut down by Palm Beach starter Jake Walsh. Nathaniel Lowe added his team-leading tenth home run of the season, but the other seven starters were held hitless. Charlotte righty Brandon Lawson (2-5) went seven quality innings, surrendering three runs on six hits while striking out six.

The Stone Crabs will head to Bradenton to start a series with the Marauders on Friday at 6:30 p.m. Coverage begins at 6:15 p.m. on the Stone Crabs Baseball Network.