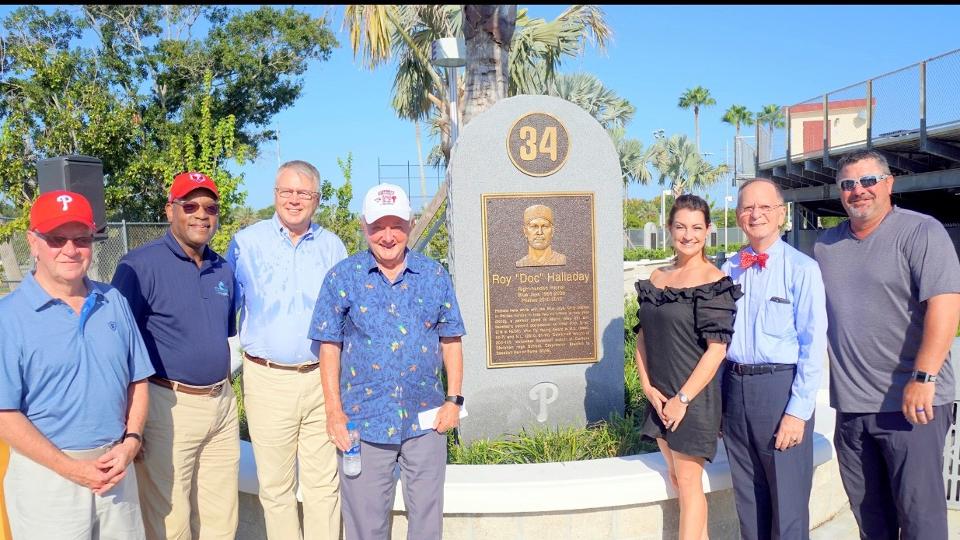 The City of Clearwater has unveiled a Roy Halladay monument at Jack Russell Stadium in Clearwater. The ballpark is the former home of Philadelphia Phillies Spring Training and features Monument Park with concrete markers of Hall of Famers who played there, including five other Phillies. Halladay had a 16-year Major League career, spending his Phillies' spring trainings in Clearwater. He was inducted to the Baseball Hall of Fame in Cooperstown in 2019.

Video and more pics on FOX13