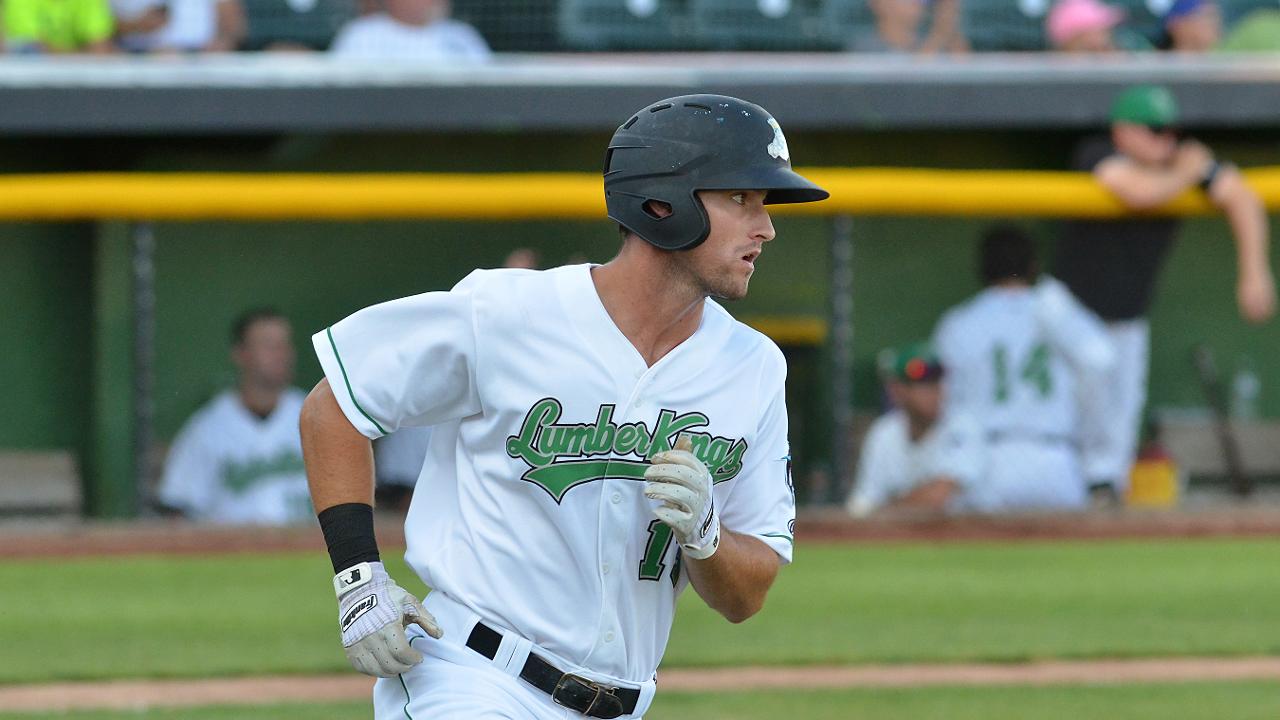 CLINTON, IA (September 4, 2019) - Bubba Hollins and Kameron Misner each hit three-run homers and the Clinton LumberKings took Game One from the Kane County Cougars 7-3 on Wednesday night at NelsonCorp Field. The win gives the LumberKings a chance to punch their ticket to the Western Division Championship Series with a win on Thursday night in Kane County.

The game was dominated by pitching early on with LumberKings starter Remey Reed setting down the first seven batters to begin his night. Levi Kelly started for the Cougars and tip toed around danger over his brief three inning start.

Clinton batters ended the game having drawn eight walks with five coming against Kelly. Through the first four innings, the LumberKings had left eight men on base - two in each inning - before breaking the tie in the bottom of the fifth.

Kameron Misner and Evan Edwards each reached to start the fifth. Bubba Hollins then slugged the first pitch he saw out to left center field for a three-run homer that briefly put Clinton in front.

Kane County answered right back in the top of the sixth. Tra Holmes and Dominic Fletcher singled to open the inning before Zack Shannon launched a three-run homer to left center to tie the game at three and force Reed from the game.

Manuel Rodriguez entered the game following Reed's departure and earned the win. He turned in 2.2 shutout innings of relief work while walking two, allowing no hits, and striking out one.

In the bottom of the sixth, Clinton took the lead for good with their second three-run homer of the night. Following a single by Samuel Castro and a Peyton Burdick walk, Kameron Misner launched a 426-foot home run to right center field.

The home run came off Cougars reliver Chester Pimentel. For a two-inning outing he was given the loss. Pimentel (0-1) allowed four runs on three hits while walking three and streaking out two.

The LumberKings added the final run of the night in the bottom of the seventh with a Thomas Jones RBI single through the left side of the infield.

Zach Wolf recorded the final four outs for Clinton including a 1-2-3 top of the ninth that preserved the LumberKings game one win over Kane County.

The series will now shirt to Kane County with game two on Thursday night and a potential third game on Friday night. Clinton will throw righty Jake Walters (7-4, 2.35) in the series second game with the Cougars countering with RHP Matt Tabor (5-4, 2.932). First pitch is scheduled for 6:30 p.m. (CDT). Fans looking to listen to the game can hear Erik Oas with the pregame show on 6:15 p.m. with the pregame show on 100.3 FM WCCI and online at lumberkings.com via the tunein radio app.