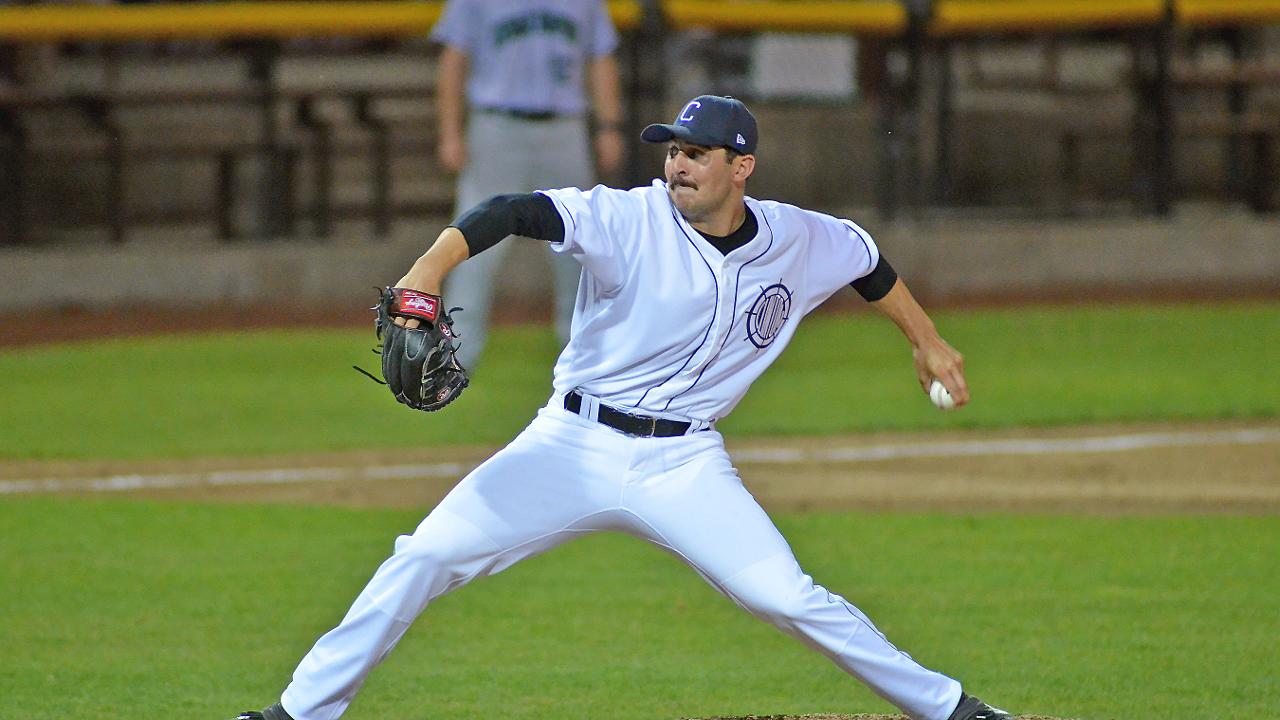 Alex Vesia was one of the LumberKings best bullpen options during the first half in 2019 and will now pitch in the Arizona Fall League All-Star Game.

CLINTON, IA (October 11, 2019) - On Saturday, October 12 during college football and an MLB playoff game, the graduate school of professional baseball (the Arizona Fall League) will host its annual All-Star Game. Some of the best minor league prospects will be on hand with four former LumberKings spread over the East and West All-Star teams.

In the West, a pair of former Seattle Mariners farm hands with roots going back to Clinton will be bullpen options. Right-hander Seth Elledge, pitched for the LumberKings in 2017 shortly after being drafted in the fourth round of the MLB Draft out of Dallas Baptist University. Over 15 relief appearances as a LumberKing, Elledge turned in 21 innings of work going 3-0 with a 3.00 ERA while walking eight and striking out 35. Shortly after his time in Clinton, he was moved in a trade to the St. Louis Cardinals on July 27th, 2018. Over Elledge's first six games in the Arizona Fall League he did not allow a run over seven innings of work, with no walks and 11 strikeouts.

Another former LumberKing in the West bullpen on Saturday is 2018 LumberKing Sam Delapane. The current Mariners prospect had a dominant season in Clinton that saw him post a 4-2 record and 1.96 ERA. In addition, Delaplane registered an even 100 strikeouts in just 59.2 innings of relief work - the last LumberKing reliever to reach 100 strikeout milestone. In six bullpen assignments in the Arizona Fall League, Delaplane has allowed just one run in eight innings of work, walking one and striking out 15. Over the course of the 2019 regular season, he continued to rise through the ranks ending his season with the Double-A Arkansas Travelers.

In the East, two former LumberKings help to fill out the 25-man roster with one narrowly missing out on a fan vote. Starting pitcher Nick Neidert, pitched in Clinton during the 2016 season and was one of the talented starting rotation pieces that helped the LumberKings make a Championship Series run. He went 7-3 with a 2.57 ERA over 19 starts in Clinton. Prior to the 2019 season, Neidert was packaged along with former LumberKing Robert Dugger and current LumberKing Christopher Torres in a December 7th, 2018 trade that sent Dee Gordon to the Seattle Mariners. In the Fall League, he has gone 2-0 with a 1.62 ERA to earn his All-Star selection.

Alex Vesia, a 2019 LumberKing, punched his ticket to the Arizona Fall League All-Star Game with 6.2 shutout innings of relief work over six outings - walking none and strikeout 10. The left-hander began his season in Clinton and went 1-2 with a 2.56 ERA before ending his season in the Double-A Southern League with the Jacksonville Jumbo Shrimp.

And the only position player with a LumberKings pedigree to be considered was 2019 Clinton all-star Jerar Encarnacion. During the first half in Clinton, the everyday right fielder was the best bat in the lineup. He batted .298 with 10 home runs and 43 RBIs before being promoted to the High-A Jupiter Hammerheads. Encarnacion went on to appear in the Midwest League All-Star Game and in the Home Run Derby - his last game as a LumberKing. Jerar missed his Fall League All-Star selection in a fan vote but still batted .294 with two home runs and nine RBIs.

The 2019 Arizona Fall League All-Star Game will be played on Saturday, October 12th at 4 p.m. (CDT) at Salt River Fields at Talking Stick in Scottsdale Arizona. To see the five former LumberKings in action, fans can stream the game live on both MLB.com and at Topps.com.

The Clinton LumberKings, the only remaining Charter Member of the Midwest League, are preparing for their 65th season in the league and their second year of affiliation with the Miami Marlins. They play their home games at NelsonCorp Field a park that has been home for the Clinton franchise since 1937. Since the club's inception, 287 former Clinton players have gone on to reach the Major Leagues. Advertising and tickets for the 2020 season are available by calling (563)242-0727 or by visiting LumberKings.com