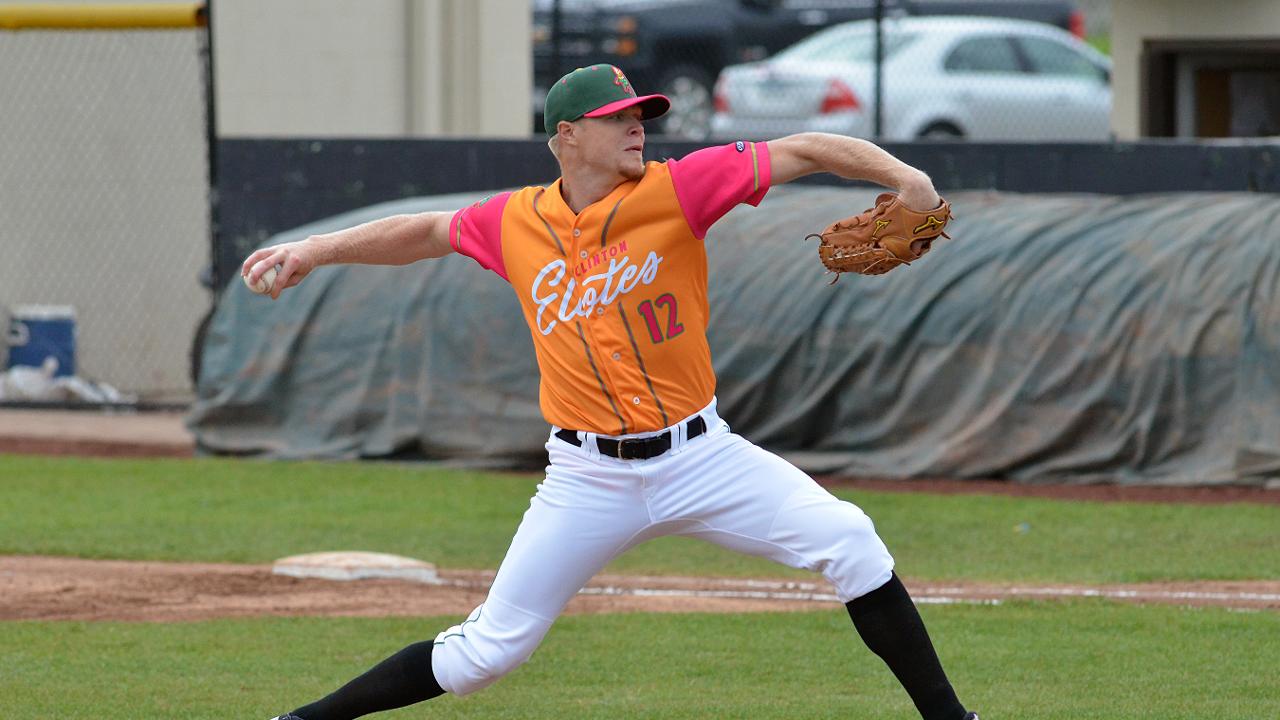 Tanner Andrews 8.2 inning start went to waste in a 2-1 loss on Sunday afternoon.

CLINTON, IA (September 1, 2019) - A Tanner Andrews gem of a start went to waste as the Clinton LumberKings fell to the Peoria Chiefs 2-1 on a Sunday afternoon at NelsonCorp Field. The loss snaps a LumberKings (44-25, 77-61) season long seven game winning streak and head-to-head winning streak against the Chiefs (23-46, 53-85) of 12 games.

Peoria forced across the game's first run in the top of the first and then held a lead until the bottom of the eighth. Delvin Perez singled with one out, stole second, and scored on a Brendon Donovan RBI single to center.

The one run held up for the next seven innings as Andrews (8-5) settled down. From the second inning till the seventh, he set down 16 straight Chiefs batters. He worked into the ninth, ending his afternoon with a professional career high 8.2 innings of work, allowing two runs on four hits while walking one and striking out two.

In the bottom of the eighth, Clinton tied the game with their only run of the afternoon. Evan Edwards opened the inning by reaching on an error and moved to second on a Thomas Jones bunt single. Jose Devers then sliced a single off Chiefs reliever Franyel Casadilla to left that brought home Edwards and briefly tied the game at one.

Casadila (6-4) was given a blown save - his second of the year - but was also awarded the win. He worked three innings allowing one run on two hits while walking one and striking out one.

The Chiefs answered immediately with game's decisive run in the top of the ninth. Delvin Perez tripled with one out and scored on a sacrifice fly to right.

In the bottom of the ninth, Peyton Burdick leadoff with a double off the wall in left center but went no further. Three straight groundouts followed and Evan Sisk earned his fifth win of the season for his time out.

The LumberKings will meet the Peoria Chiefs for final game of the regular season on Monday afternoon. Clinton will throw righty Alberto Guerrero (9-6, 3.13) while Peoria will tap righty Parker Kelly (3-5, 3.97). First pitch is scheduled for 2:00 p.m. (CDT). Fans looking to listen to the game can hear Erik Oas with the pregame show on 4:45 p.m. with the pregame show on 100.3 FM WCCI and online at lumberkings.com via the tunein radio app.

Arrive early for the final home game of the regular season! Be one of the first fans through the gates and receive a patriotic themed giveaway courtesy of Regalia Manufacturing.

During the game, enter our in-game raffle for a chance to win LumberKings season tickets for the 2020 season.

Playoff tickets will go on sale starting on Saturday with dates and times still pending.