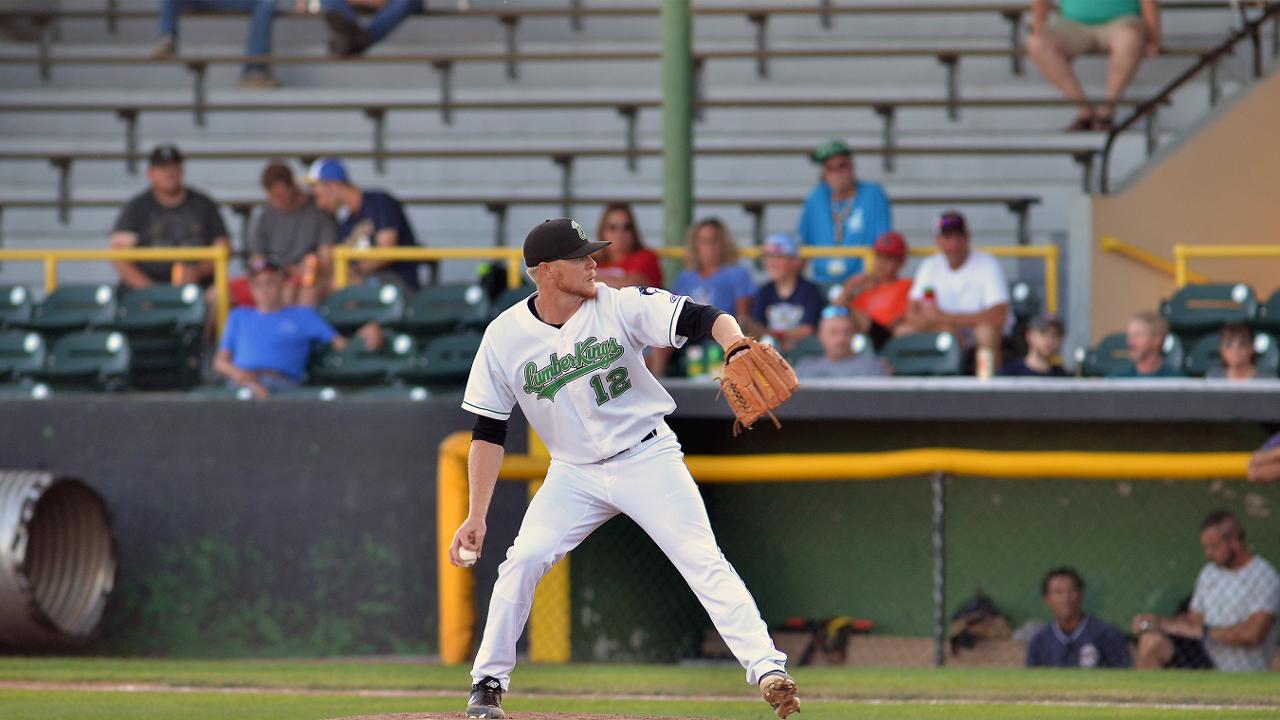 CLINTON, IA (August 22, 2019) - For the first time this season the Clinton LumberKings shutout an opponent in back-to-back games with a 6-0 win over the Cedar Rapids Kernels on Thursday night at NelsonCorp Field. Tanner Andrews led the way on the mound for Clinton (36-23, 69-59) to already take the series from Cedar Rapids (32-27, 71-58) before the finale on Friday night.

The scoring started in the bottom of the first against Kernels starter Matt Canterino. The first four LumberKings batters reached with the first two runs scoring on a throwing error by Canterino (1-1). Evan Edwards then singled home two runs with a base hit through the right side of the infield to cap the rally at four runs.

Canterino was hung with the loss his last time out. He turned in five innings, allowing four runs, two earned, on two hits while walking two and striking out five.

The LumberKings added a single run in the sixth on a Thomas Jones RBI single and their final run of the night in the eighth on a J.D. Osborne RBI fielder's choice.

Andrews (7-4) turned in his second straight dominate start and earned the win for his time. He worked seven shutout innings allowing three hits - all singles - while walking none and striking out nine.

In total, LumberKings pitching struck out 14 with Elkin Alcala and Tyler Miztel each tossing a scoreless inning of relief to complete Clinton's seventh shutout win of the year.

The LumberKings will meet the Kernels for the final game of their three-game series on Friday night. Clinton will throw righty Alberto Guerrero (7-6, 3.21) while Cedar Rapids will tap righty Tyler Palm (3-8, 3.84). First pitch is scheduled for 6:30 p.m. (CDT). Fans looking to listen to the game can hear Erik Oas with the pregame show on 6:15 p.m. with the pregame show on 100.3 FM WCCI and online at lumberkings.com via the tunein radio app.

The series ends with a bang! During the game, enter our raffle for a chance to win a pair of Allegiant Air Flight vouchers! Then, after the game, stay for the final postgame fireworks spectacular of the season.