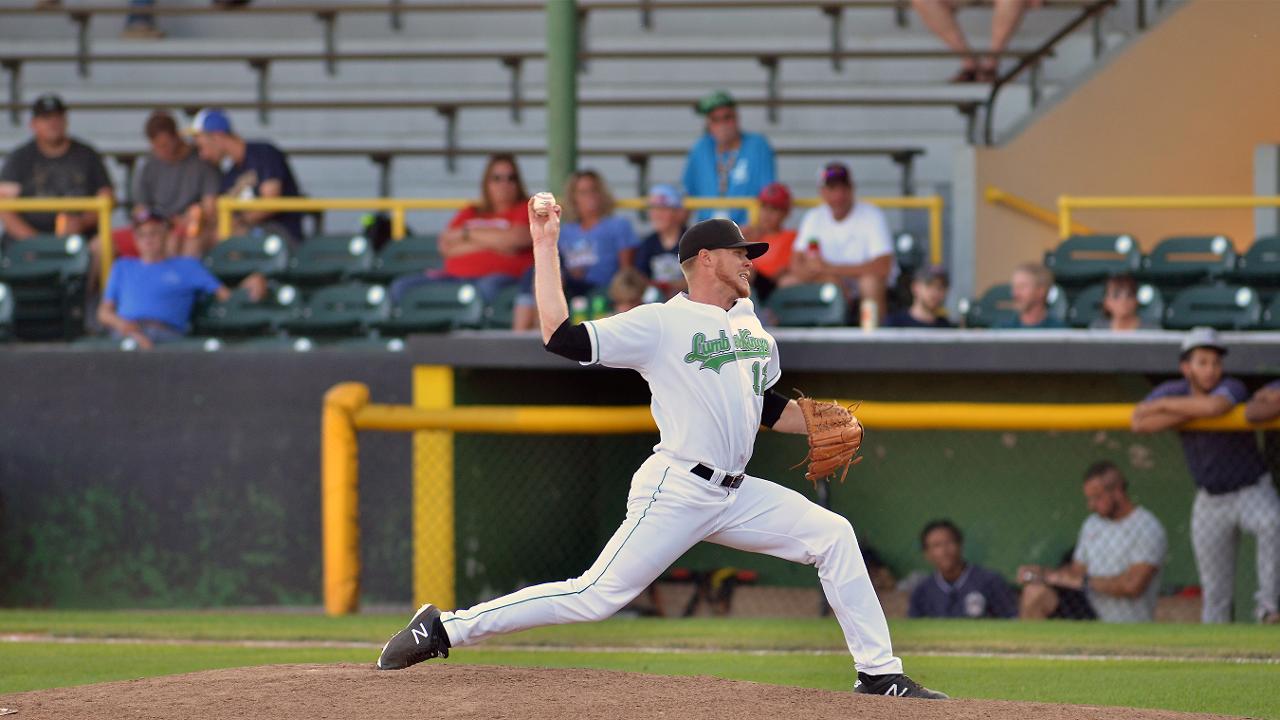 CEDAR RAPIDS, IA (September 8, 2019) - A ninth inning rally by the Cedar Rapids Kernels was the difference in a Game Two, 3-2, loss by the Clinton LumberKings on Sunday night at Perfect Game Field. Tanner Andrews six strong innings of work went to waste in the Clinton loss that will force a third and decisive game on Monday night.

The LumberKings held two separate leads during the night- the first coming in the top of the first. Christopher Torres walked to open the inning and scored on a combination Peyton Burdick single to left and fielding error by Tyler Webb.

In the bottom of the second, Cedar Rapids tallied their only run against Andrews for the night. Webb doubled with one out and scored when the next batter DaShawn Keirsey flipped an RBI single fair down the line in left to tie the game at one.

The LumberKings reclaimed the lead in the top of the fourth with their final run of the night. Kameron Misner opened the frame with a walk and moved to third on a single by Will Banfield and then wild pitch. Evan Edward followed with a sacrifice fly to center that put Clinton back in front 2-1.

The lead held until the bottom of the ninth. Down to their final three outs, Cedar Rapids had all four of their batters in the inning reach against Clinton reliever Zach Wolf. Christopher Torres was charged with a two base throwing error to open the inning and three straight singles followed with the last from Keirsey bringing home the winning run.

Wolf (0-1) was hung with the loss and a blown save for his time out. He failed to record an out while allowing three hits.

Rickey Ramirez (1-0) earned the win for the Kernels with three shutout innings of work. He allowed just one hit and walked none while striking out four to earn his first win of the postseason.

The best-of-three-game series comes to end on Monday night with the third and decisive game at Perfect Game Field. Clinton will tap righty Alberto Guerrero (9-6 3.13) to face Cedar Rapids righty Tyler Palm (3-10, 4.09). First pitch is scheduled for 6:35 p.m. (CDT). Fans looking to listen to the game can hear Erik Oas on the call with the pregame show starting at 6:20 p.m. on 100.3 FM WCCI and online at lumberkings.com via the tunein radio app.