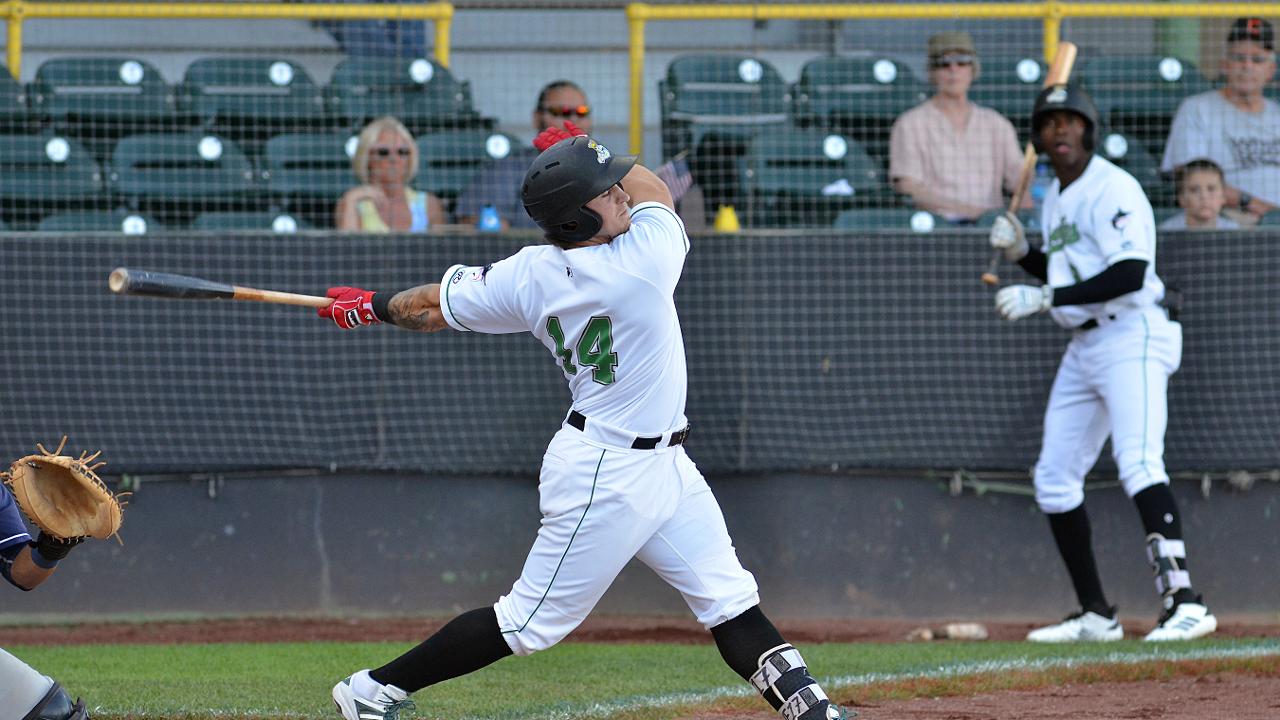 J.D. Osborne connected for his fifth home run of the year in the first inning, part of back-to-back home runs with Evan Edwards.

The Captains (11-8, 51-37) started the scoring thanks to a pair of errors by LumberKings middle infielders that led to a Jose Fermin RBI single.

In the bottom of the first, Clinton exploded for five runs against Captains starter Zach Drapper. Eight batters came up in the inning with the first run-scoring-hit coming on a Peyton Burdick RBI single. Four batters later, Evan Edwards went out to left with a three-run home run - his first as a LumberKing. J.D. Osborne then lined the third pitch of his at-bat with Draper (5-1) over the wall in left to become the first pair of Clinton batters to go back-to-back in 2019.

The offensive rally was followed by the most dominate inning of pitching by a Clinton hurler this season. In the top of the second, Andrews threw nine pitches, all strikes, and struck out three to accomplish the rarely seen feat of an immaculate inning.

The four-run led did not hold up. In the top of the third, Lake County tied the game with a four-run rally that was capped by a two-run Ruben Cardenas triple to right center field.

Draper allowed his final runs of the game in the bottom of the fourth and failed to make it through the inning. Christopher Torres singled home the first run of the rally and then scored two batters later on a Connor Scott triple.

The lead held up for good for Clinton and was enough to hang Draper with his first loss of the season. He worked 3.2 innings, allowing seven runs, five earned, on nine hits while walking three and striking out four.

Andrews (4-3) allowed an unearned run in the fifth - his last of the night - to trim the deficit to one but earned his third straight win. Over six innings he allowed six runs, four earned, on six hits while walking two and striking out six.

Torres touched off the final rally of the night in the bottom of the eighth. With two out in the inning, he flew a double to right center field and was followed three pitches later by Burdick's second RBI single of the night.

The added insurance was not needed. Cam Baird and Zach Wolf combined to shutout the Captains over the final three innings. Baird's work earned him his second hold of the year, and Wolf stranded runners at first and third in the ninth to pick up his seventh save of the season.

The LumberKings will continue the six-game homestand with the second game of a three-game series against the Lake County Captains on Thursday night. Clinton will throw righty Alberto Guerrero (3-4, 2.66) while Lake County will tap righty Luis Oviedo (6-4, 4.56). First pitch is scheduled for 6:30 p.m. Fans looking to listen to the game can hear Erik Oas with the pregame show on 6:15 p.m. with the pregame show on 100.3 FM WCCI or online at lumberkings.com via the tunein radio app.

Start your weekend early with "Thirsty Thursday!" For fans 21 years and older come down to the ballpark and enjoy $2 select beers sold throughout the ballpark all game long!