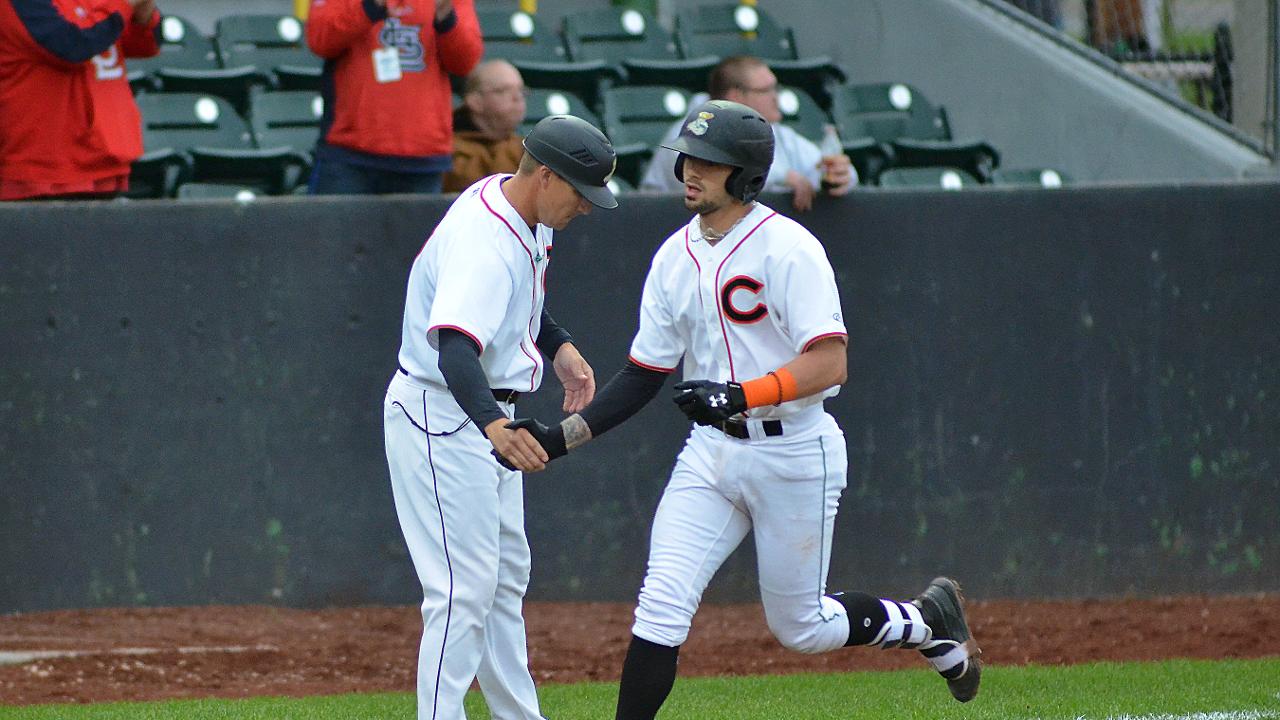 Will Banfield homer in the eighth was deciding factor in the LumberKings come from behind win.

CLINTON, IA (June 25, 2019) - The Clinton LumberKings rallied late for four-runs in the eighth for a come from behind 4-2 win over the Peoria Chiefs on Tuesday night at NelsonCorp Field. Clinton (2-3, 35-39) starter Tanner Andrews struck out a professional career high nine batters and Will Banfield homered late for a LumberKings come from behind win.

Pitching controlled most of the game with Andrews and Chief's (2-3, 32-41) starter Kyle Leahy matching zeros through the first six innings. In total, both pitching staffs combined to strikeout 26 batters the offenses struggled to string anything together in the game's first half.

Andrews was given a no decision for his time out. He struck out nine while allowing two runs on seven hits while walking one.

A scoreless tie was eventually broken in the top of the seventh by the Chiefs. Brandon Donavan opened the frame with a single and scored on the next pitch on a Juan Yepez RBI double. Two batters later, the rally was capped when Bryce Denton tripled to left center field to ended the night for Andrews.

The 2-0 Peoria lead was matched and over passed in the bottom of the eighth. After Leahy struck out ten over his six innings of work, Cole Aker came on in relief. Thomas Jones singled to open the inning and a pair of back-to-back doubles by Christopher Torres and Peyton Burdick tied the score at two.

Aker (0-3) was then removed from the game and replaced by Evan Sisk. After Connor Scott was retired on a ground out, Will Banfield crushed a two-run home run to left that put Clinton on top for good -his seventh of the year.

Raul Brito earned the win for the LumberKings with a 1.2 inning relief outing. He allowed no runs, no hits, and walked none while striking out four.

Cason Sherrod worked the final inning for Clinton and was given the save for a perfect inning of work. His first save of the year.

The LumberKings will meet the Peoria Chiefs for the second game of their four-game series on Wednesday night. Clinton will throw righty Alberto Guerrero (3-2, 2.51) while the Chiefs will tap lefty Collin Schmid (3-2, 4.46). First pitch scheduled for 6:30 p.m. and gates opening at 5 p.m. Fans looking to listen to the game can hear Erik Oas on the call on 100.3 FM WCCI or online at lumberkings.com via the tune in radio app. The pregame show will start at 6:15 p.m.

The fun continues with "Retro Beer Night." All fans 21 years and older may enjoy select beers for just $2! In addition, arrive early for the third baseball card strip giveaway of the year courtesy of Clinton National Bank and Mediacom. Be one of the first 500 fans through the gates to receive this giveaway!