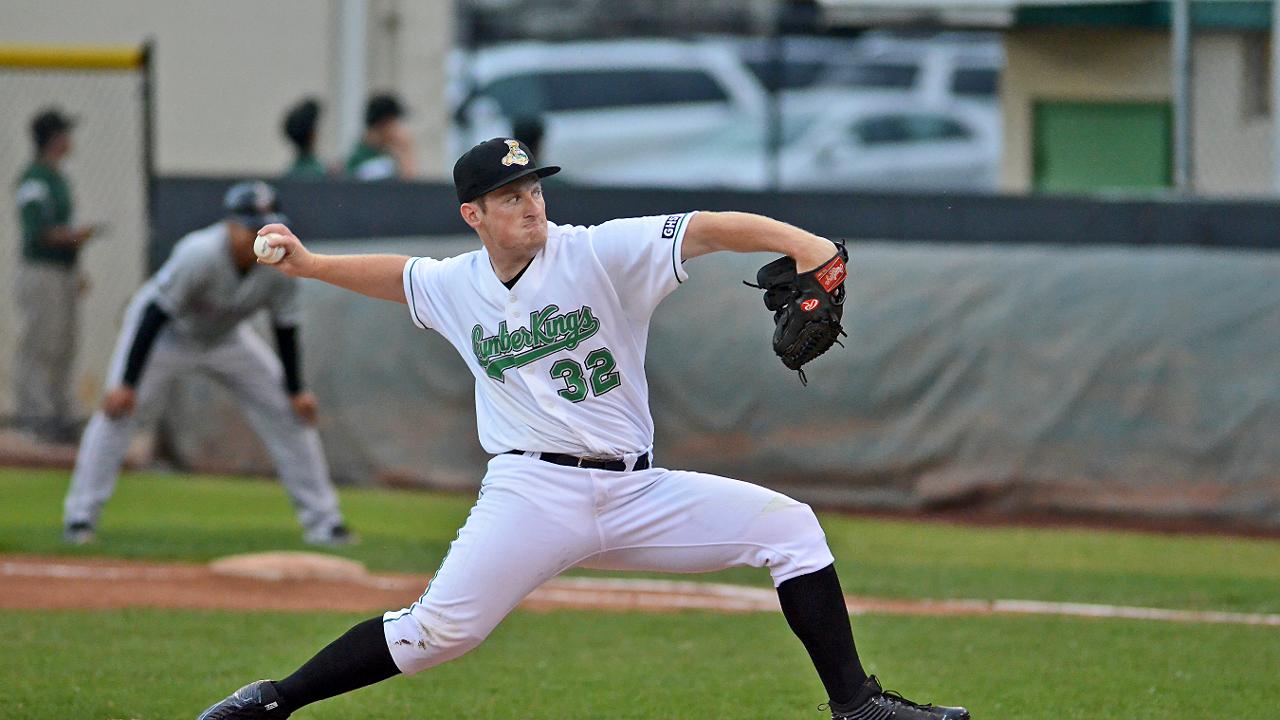 Ljay Newsome became the second Clinton LumberKing from the 2017 team to be honored with a Seattle Mariners Minor League award.

CLINTON, IA (September 12, 2017) - Clinton LumberKings right-handed pitcher Ljay Newsome has been named the Seattle Mariners "60 feet 6 inch" award winner. The award recognizes the best pitcher in the Mariners organization to dominate in 0-0 and 1-1 counts while also showing an ability to get back in counts when behind.

Newsome, 20, was the LumberKings Opening Day starter in 2017 and posted an 8-9 record with a 4.10 ERA over 129.2 innings of work with Clinton this season. The Maryland native, ranked as the stingiest pitcher in the Midwest League in walks per a nine-inning ratio, 1.11, and fourth in the league in fewest baserunners allowed, 10.34 over nine innings. Newsome won the award in a bracket style contest that faced off Mariners Minor League pitchers in weekly matchups that advanced the pitcher who had controlled the strike zone better. Another 2017 LumberKing pitcher, JP Sears, reached the final four of the contest.

The win of the "60 feet 6 inch Award" comes with an invitation to the Mariners Major League camp in spring training for 2018. Newsome will be in Peoria in big league camp when his 2018 season begins in late February.

Joining Newsome in the Mariners post season accolades, is 2017 LumberKing Dimas Ojeda as the Dan Wilson Community Service Award Winner. Newsome and Ojeda make it six of the seven 2017 Mariners Minor League Award winners to have made stops in Clinton.

The LumberKings, the only remaining Charter Member of the Midwest League, are preparing for their 63rd season in the league and their 10th as an affiliate of the Seattle Mariners. Since the club's inception in 1937, 274 former Clinton players have made it to the Major Leagues. The LumberKings play at historic Ashford University Field located off 6th Avenue North at 537 Ballpark Drive. Advertising and tickets for the 2018 season are available by calling (563) 242-0727 or by visiting lumberkings.com