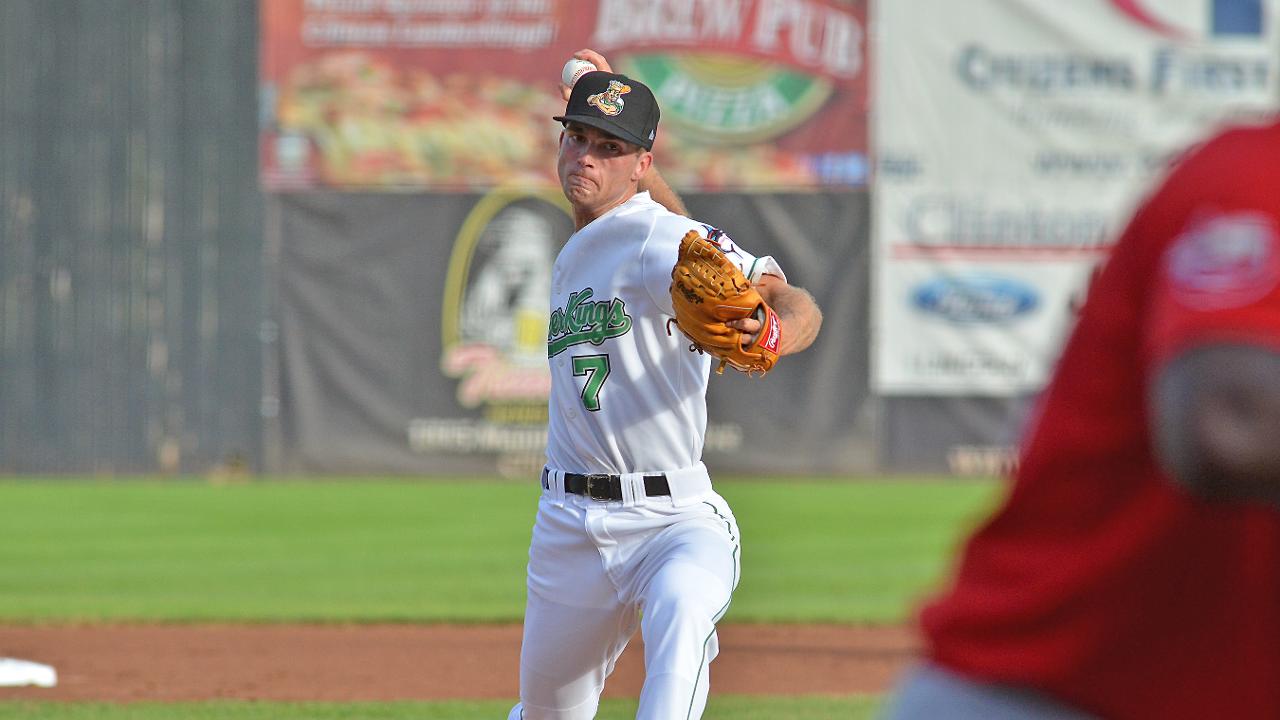 CLINTON, IA (August 21, 2019) - Josh Roberson tossed six shutout innings and the Clinton LumberKings rode two big innings to a 9-0 thumping of the Cedar Rapids Kernels on Wednesday night at NelsonCorp Field. The win is the LumberKings (35-23, 68-59) sixth shutout win of the year and trims their magic number to clinch a playoff spot to nine.

The scoring started immediately for Clinton with three runs in the bottom of the first against Cedar Rapids (32-26, 71-57) starter Luis Rijo. Three straight hits opened the inning with the third by Peyton Burdick bringing home the first run of the night. Evan Edwards capped the rally with a two-run single to right.

Rijo (5-8) settled down following the first to set down a string of 12 straight batters until running into trouble again in the bottom of the sixth inning. He ended his night having allowed five runs on seven hits over 5.1 innings with no walks and seven strikeouts.

In the bottom of the sixth, Clinton broke out to score six runs on eight hits and sent 12 men to the plate. At one point, the LumberKings registered five straight hits with the second being a 401-foot home run by J.D. Osborne that was his eighth home run.

Roberson (2-4) needed little run support in a strong six inning assignment. He allowed no runs on just three hits while walking none and striking out six. The win ended his four-game losing streak and set the stage for the shutout win.

Nathan Alexander and Peyton Culbertson worked the final three innings and combined to shutout the Kernels the rest of the way to end the night with one of the LumberKings most complete wins of the season.

The LumberKings will meet the Kernels for game two of their three-game series on Thursday night. Clinton will throw righty Tanner Andrews (6-4, 3.94) while Cedar Rapids will tap righty Matt Canterino (1-0, 0.90). First pitch is scheduled for 6:30 p.m. (CDT). Fans looking to listen to the game can hear Erik Oas with the pregame show on 6:15 p.m. with the pregame show on 100.3 FM WCCI and online at lumberkings.com via the tunein radio app.

"Thirsty Thursday" marks the second game of the LumberKings series with the Kernels. All game long fans can enjoy $2 select beers sold throughout the ballpark! The LumberKings will be taking the field for the final time of the year in their throwback Clinton Pilots jerseys and hats.