Battle at BullStreet Coming to Segra Park on February 29 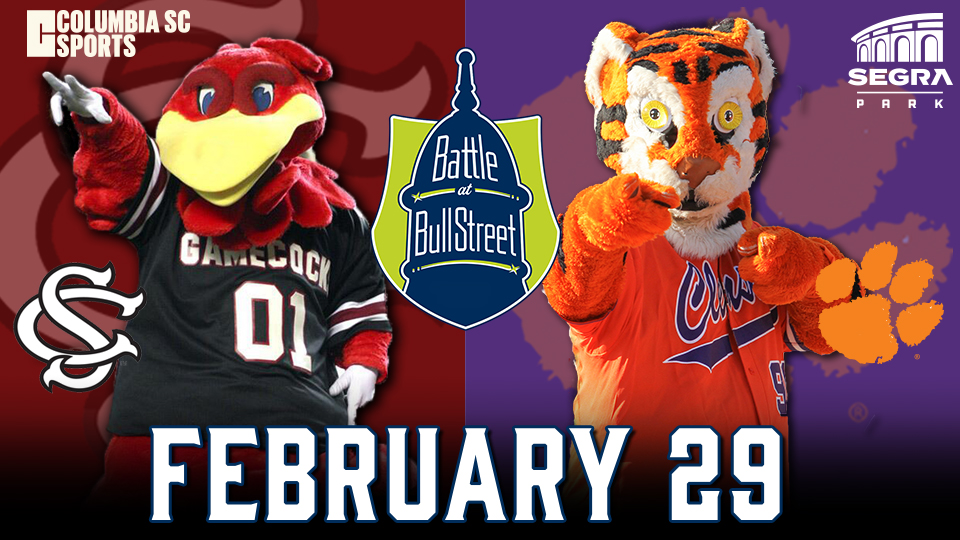 COLUMBIA, S.C. - Ticket information for the South Carolina vs. Clemson game at Segra Park in Columbia, S.C. on February 29 will be announced jointly by the Columbia Fireflies, Clemson and South Carolina at a press event in January. First pitch for the Saturday contest will be at 3 p.m.

The contest is the second of three games during the annual rivalry series and marks the first time the neutral-site matchup is played at Segra Park, home of the Columbia Fireflies, the South Atlantic League affiliate of the New York Mets.

Fan Fest in the BullStreet District starts at 11 a.m. on February 29. Fans can take in local food and listen to live music in the Neutral Zone. Televisions will be set up throughout Fan Fest for game viewing. Fan Fest is free and open to the public with food and drink for purchase. A clear bag policy will be in effect for both Fan Fest and the ballgame.

The Tigers defeated College of Charleston 4-1 on March 20, 2019 in Clemson's only previous game at Segra Park.

The Gamecocks fell to the College of Charleston in May of 2018 - their only prior appearance at the Ballpark Digest Class A Ballpark of the Decade.