Fireflies Close out 2019 Season in Augusta

Avant Homers in Finale against GreenJackets 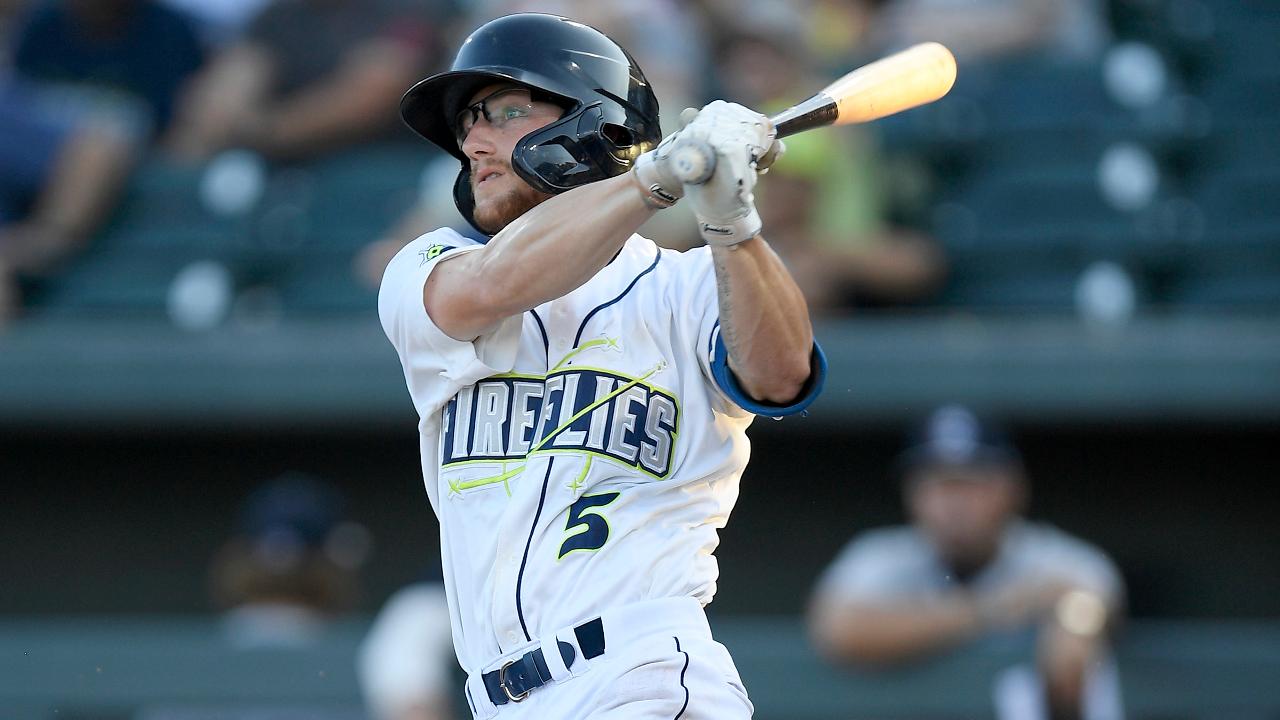 NORTH AUGUSTA, SC - The Fireflies closed out the 2019 season on Labor Day with a 6-5 loss to Augusta. The pesky GreenJackets scored six unanswered runs to slide by Columbia and win. The playoffs-bound GreenJackets completed the sweep of the Fireflies.

With the score tied, 5-5, in the sixth, Jacob Gonzalez launched a solo home run to left that put the home team ahead for good.

Columbia (28-42) wasted little time scoring on Monday. The first three batters reached against Augusta (41-29) starter Trenton Toplikar including Ronny Mauricio who tripled in both Nick Conti and Shervyen Newton . The triple was Mauricio's fifth of the season.

The Fireflies sprang for two more in the third. Chase Chambers liked what he saw in the opening frame and ripped a triple of his own out to right-center. He walked home just a few minutes later when Chandler Avant struck his second homer of the series and the visitors were up, 4-0.

Columbia built its lead to five in the fourth. Phil Capra worked a walk to kick things off and moved to third on Gerson Molina's double. Conti then lifted a fly ball to left field. His sacrifice fly allowed Capra to tag and score.

Just as quickly as the Fireflies built their lead on Monday, it disappeared. Augusta scored its first run in the fourth and clawed back for four more in the fifth. Sean Roby's bases-clearing double off of Daison Acosta tied things up at 5-5.

Acosta was replaced by Justin Lasko (L, 4-4) for the sixth. The right-hander began the frame with back to back impressive strikeouts. But he allowed a home run to Gonzalez that gave the GreenJackets a 6-5 edge.

Tyler Schimpf (W, 3-1) picked up the win for the GreenJackets and Sandro Cabrera (S, 8) notched the save.

The 2020 season begins on Thursday, April 9, 2020, against these same GreenJackets. Columbia opens up the 2020 season with seven straight home games at Segra Park. See you then!