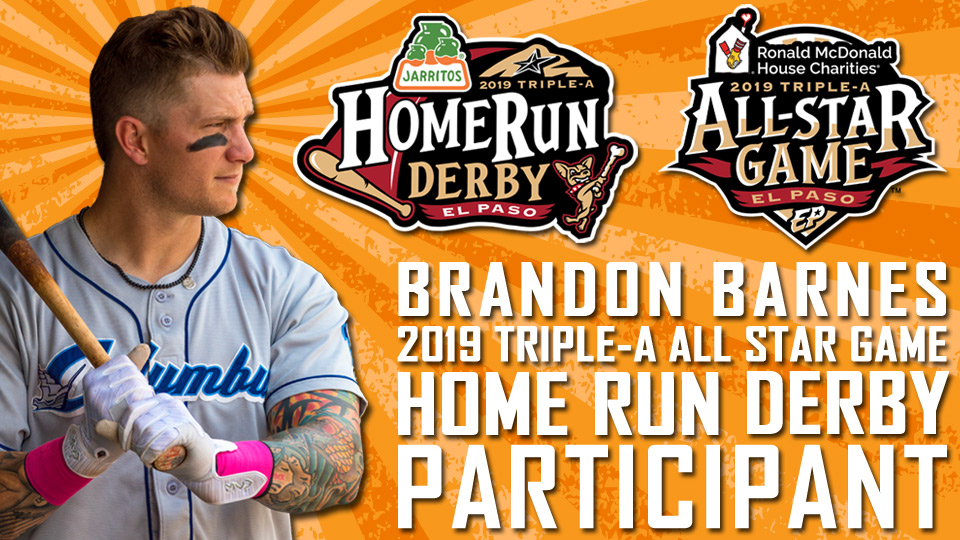 Kevin Cron, Yasmany Tomas, Kyle Tucker and Ty France of the Pacific Coast League along with Mike Ford, Brandon Barnes, Deivy Grullon and Travis Demeritte of the International League have been named the eight Triple-A All-Stars that will participate in the 2019 Jarritos Triple-A All-Star Home Run Derby in El Paso, Texas. The Derby will take place on Monday, July 8 at Southwest University Park, home of the El Paso Chihuahuas. One of the Pacific Coast League's most homer-friendly ballparks, it will also be the site of the 2019 RMHC Triple-A All-Star Game on July 10 at 7:05 p.m. MT.

As part of the Jarritos All-Star Home Run Derby festivities, YouTube and social media sensation Domingo Ayala will be in attendance to entertain the crowd.

Reno's Kevin Cron leads the PCL and all of affiliated Minor League Baseball with 26 home runs, just one shy of his career-high 27 which he hit in 2015 with the California League's Visalia Rawhide. Kyle Tucker of the Round Rock Express sits just two homers shy of Cron with 24 long balls, currently tied for second-best in the circuit. They will be joined by Ty France of the host El Paso Chihuahuas, who in just 40 games at the Triple-A level has hit 19 round-trippers. The PCL's final contestant will be Cron's teammate Yasmany Tomas, who has hit 22 home runs this season.

New York Yankees farmhand and current Scranton/Wilkes-Barre RailRiderMike Ford comes into the event leading all International League contestants in home runs at 19. Brandon Barnes of the Columbus Clippers, who leads all competitors with 140 career Minor League home runs, currently has 16 home runs on the season. Gwinnett's Travis Demeritte, who has 15 home runs on the year, leads his team in batting average at .302 and is second in RBI with 57. Deivy Grullon from the Lehigh Valley IronPigs rounds out the International League's home run contestants. Grullon has hit 12 home runs for the IronPigs this season and has experience in Home Run Derbys, as he won the Double- A Eastern League contest as a member of the Reading Fightin Phils last season.

The 2019 Jarritos Triple-A All-Star Home Run Derby will be available via live streaming at MiLB.com on Monday, July 8 beginning at 7:00 p.m. MT. Fans who are interested in more information on the events, or would like to purchase tickets, are encouraged to visit the official website of the host El Paso Chihuahuas (epchihuahuas.com).