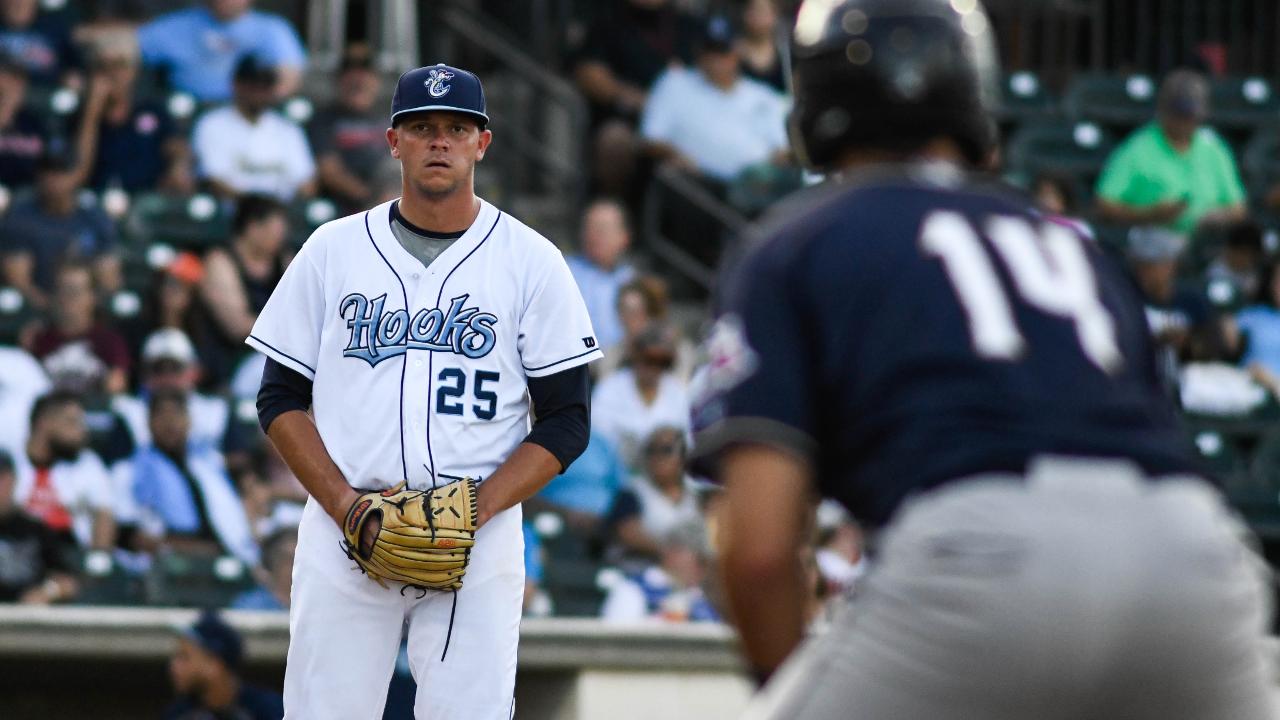 CORPUS CHRISTI - Ryan Hartman held the Missions to three hits over 7 2/3 innings Wednesday night as the Hooks pushed past San Antonio, 7-0, before 5,106 fans in Game 1 of the Texas League South Division Series at Whataburger Field.

Missions right-hander Michel Baez struck out five of the first eight men he faced. Corpus Christi broke through in the third. Back-to-back two-out singles by Ronnie Dawson and Stephen Wrenn put men on for Josh Rojas, who dropped a double down the left-field line for a 2-0 Hooks lead.

Hartman seized the advantage by retiring 15 in a row from the end of the second to the start of the seventh.

In the Hooks sixth, Wrenn worked a lead-off walk and raced home on Josh Rojas' double to left-center. Rojas, who took third on the throw home, crossed the pay station when Taylor Jones stroked a single up the middle.

Corpus Christi turned a four-run edge into a 7-0 lead in the seventh. Consecutive walks by Ronald Bolanos started the inning. Wrenn lined a single into right, driving in de Oleo from second base. Dawson and Wrenn scored on the play thanks to a pair of errors, including a throw by Bolanos that struck Dawson in the face as he past the plate, forcing his exit from the game.

Hartman fanned seven and did not issue a walk, throwing 71 of 96 pitches for strikes.

Brandon Bielak retired four of the five men he faced in relief to nail down the victory.