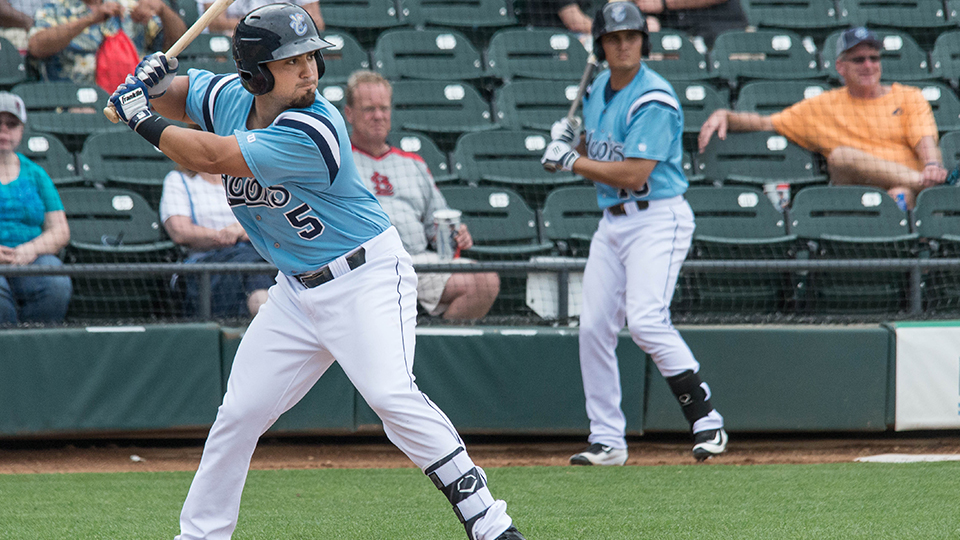 The decision secures a winning road trip for the Hooks (4-1).

Corpus Christi plated a pair in the first on a Jack Mayfield home run and a two-out RBI single off the bat of Alejandro Garcia.

Northwest Arkansas (1-4) tied the game in the second. Humberto Arteaga singled to begin the inning and Ruben Sosa followed with an RBI double over the head of left-fielder J.D. Davis. Sosa later scored on a sac fly.

Dykxhoorn rebounded by retiring nine of the final 10 men he faced.

The Hooks reclaimed the advantage in the fifth. Mott Hyde hit a lead-off single which skipped past Sosa in left field. Hyde advanced two bases on the miscue, and then came home via a Ramon Laureano RBI groundout.

James fired four shutout frames to earn the victory and Kevin Comer worked the ninth for the save.

The series concludes Tuesday night as Cy Sneed gets the ball for Corpus Christi. The Naturals send Zach Lovvorn to the hill. First pitch 7:05.