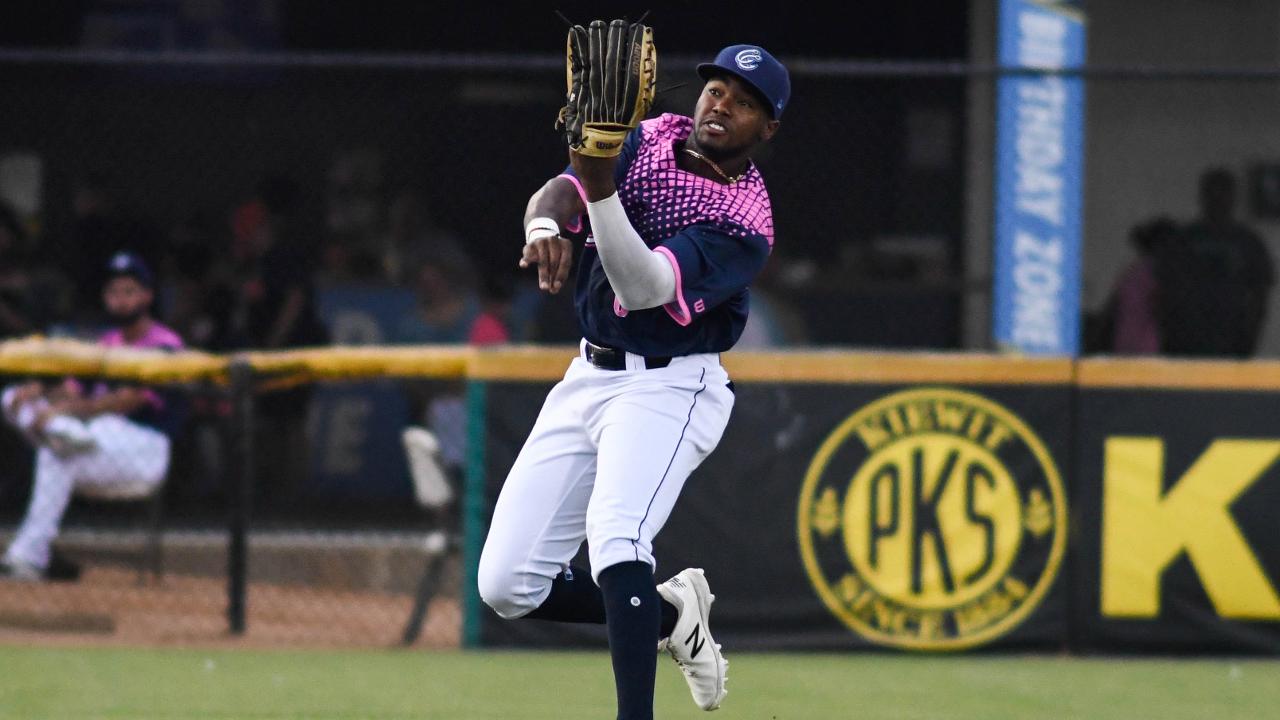 CORPUS CHRISTI - Ronnie Dawson was a triple shy of the cycle and Corbin Martin fired six innings of two-run ball Saturday night as the Hooks beat the Cardinals, 5-2, before 5,459 fans at Whataburger Field.

Dawson set the tone launching a 1-1 pitch from Genesis Cabrera over the left-field wall to begin the first inning.

Walks by Chas McCormick and Ryne Birk started the second, and back-to-back doubles by Anibal Sierra and Dawson made it 3-0 Hooks.

Martin struck out the first three batters he faced in the first before stranding two in the second.

Andy Young's RBI double in the third put Springfield (21-28, 54-65) on the scoreboard. Martin (7-2) settled in after the Young double, retiring eight in a row. He struck out eight on the night.

A pair of wild pitches in the seventh helped the Cards muster their second marker.

The Hooks, who got a sac fly from Carmen Benedetti in the fourth, notched an insurance run in the eighth. McCormick drew a lead-off walk from Will Latcham, and then scored from first on a double by Lorenzo Quintana.

Kit Scheetz spun two innings of scoreless relief for Corpus Christi. Alex Winkelman, who induced a 6-4-3 double play in the ninth, picked up his fourth save.