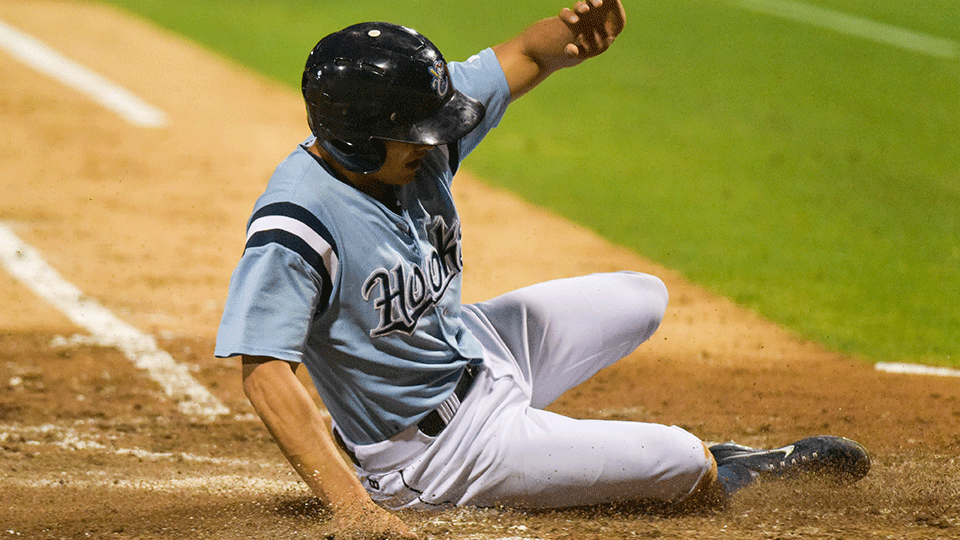 CORPUS CHRISTI - Midland scored three runs in the 10th to pull away from Corpus Christi 6-3 Thursday at Whataburger Field before 3,824.

The RockHounds (9-11), who managed a split of the four-game series, began the inning with Joe Bennie and Tyler Marincov drawing walks from Eric Peterson (1-1). After Marincov and pinch-runner B.J. Boyd moved up 90 feet on Andy Paz's sacrifice bunt, Boyd scored the go-ahead run on a wild pitch. Marincov tallied when Richie Martin grounded out. Then came the daggers, consecutive two-out doubles from Jordan Tarsovich and Brett Vertigan.

Sam Bragg (2-0), the third Midland pitcher, worked two scoreless for the win. Kyle Finnegan notched his third save with a 1-2-3 10th.

Hooks starter Josh James and counterpart Ben Bracewell combined to strand seven runners during the first two frames before Midland broke through in the third. Vertigan doubled to right-center and moved to third on J.P. Sportman's infield hit, then home when Viosergy Rosa bounced into a fielder's choice.

Bracewell didn't return for the fourth, exiting with eight hits, a walk, and two strikeouts. His pitch count: 62 (37).

His relief, Ryan Deemes, dodged a Martin two-out triple during the sixth, but Rosa's two-out, two-run homer to left leveled the score. Vertigan reached ahead of Rosa in the seventh via a lead-off bunt single.

Ralph Garza threw two shutout frames for Corpus Christi in his Double-A debut. He struck out the RockHounds in order in the eighth. The Hooks had an opportunity to win in regulation. Pinch-runner Tyler Wolfe, who subbed in for Bryan Muniz (single) and then sacrificed to second by Antonio Nunez, was thrown out at home by Sportman from shallow center field on Bobby Boyd's base hit.

Muniz finished with two doubles and a single.