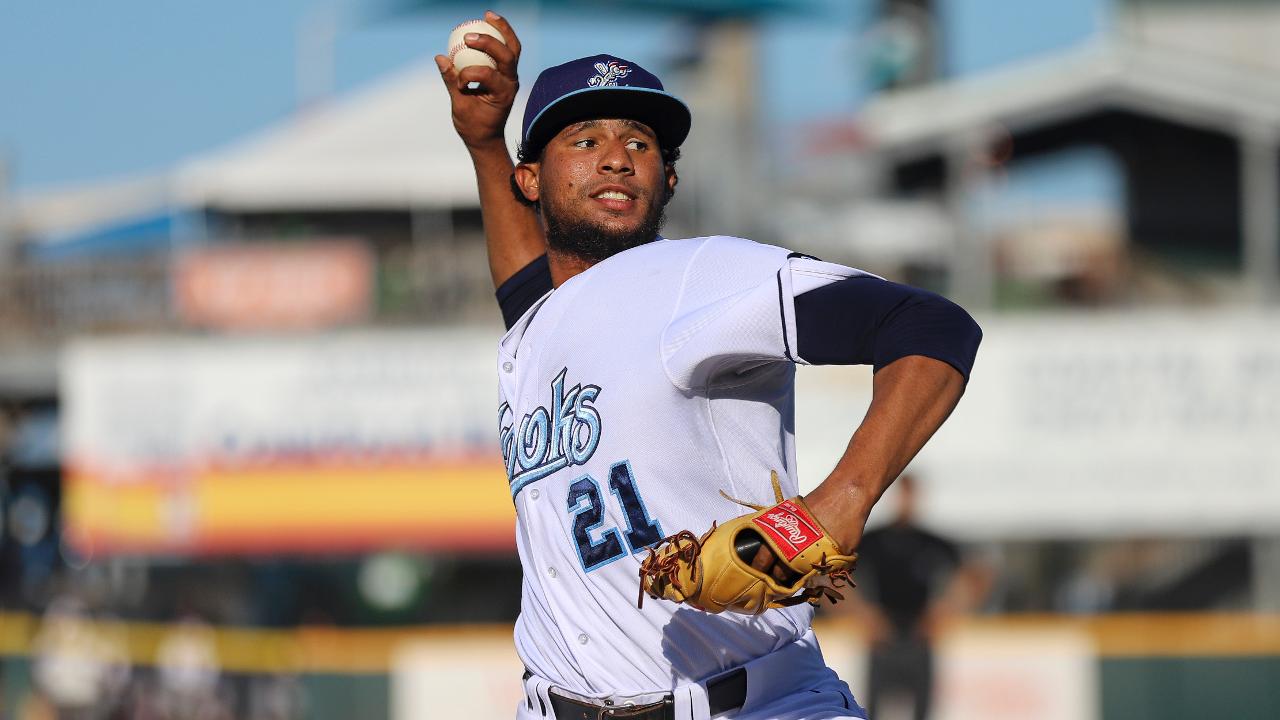 Yohan Ramirez struck out 12.9 batters per 9.0 innings in 2019, one of the top among a Hooks staff that set a new league strikeout record. (Olivia Rook/Corpus Christi Hooks)

With an 8-6 loss to the Arkansas Travelers on Aug. 29, the Hooks were officially eliminated from playoff contention. Amarillo and Midland will meet in the first round of the playoffs.

It's just the third time since 2012 that the Hooks won't make a playoff appearance.

However, 2019 was memorable for several reasons, some of which were highlighted in the last month of the season.

Power at the Plate, Power on the Hill

The 2019 season was record-breaking in multiple categories for the Corpus Christi franchise.

With 163 home runs, Hooks batters combined to set a club record for clouts while ranking second among Texas League squads. The number surpassed the total of 158 set by the 2013 Hooks.

The Hooks also set a franchise record for triples with 39, topping the 2006 Texas League Championship team that hit 37. Duarte and Stephen Wrenn led the way with eight triples each, which ranked tied for third in the Texas League.

On the mound, Hooks pitchers displayed overpowering dominance throughout the season. The staff set a Texas League record with 1,453 strikeouts, smashing the previous record of 1,319 set just last year by Corpus Christi. Among all Minor League clubs, the Hooks ranked fourth overall and tops among Double-A and Triple-A teams.

While getting so many punchouts, Hooks hurlers held opposing hitters to a minuscule .221 average, ranking fifth among all full-season Minor League teams and smashing the previous club mark of .235 set in 2018.

The Month of the Bull

Then, on Aug. 1, he was promoted to Triple-A Round Rock to take the roster spot left by Joshua Rojas, who was sent to Arizona as part of the Zack Greinke trade the day prior.

He didn't miss a beat in his move up to Minor League Baseball's top level, scorching a .424 average with nine doubles, a homer and 10 RBIs, reaching base in more than half his at-bats in 16 games with the Express.

When Carlos Correa went down with a back injury, the Astros promoted Toro on Aug. 22 to fill the vacant infield spot. He made his Major League debut that night at Minute Maid Park against the Detroit Tigers.

On Aug. 28, Toro was named a 2019 Texas League Postseason All-Star at third base, giving him the season sweep along with being named a Midseason All-Star.

The following day, he blasted his first big-league home run, a solo shot in the ninth inning off Tampa Bay's Emilio Pagan.