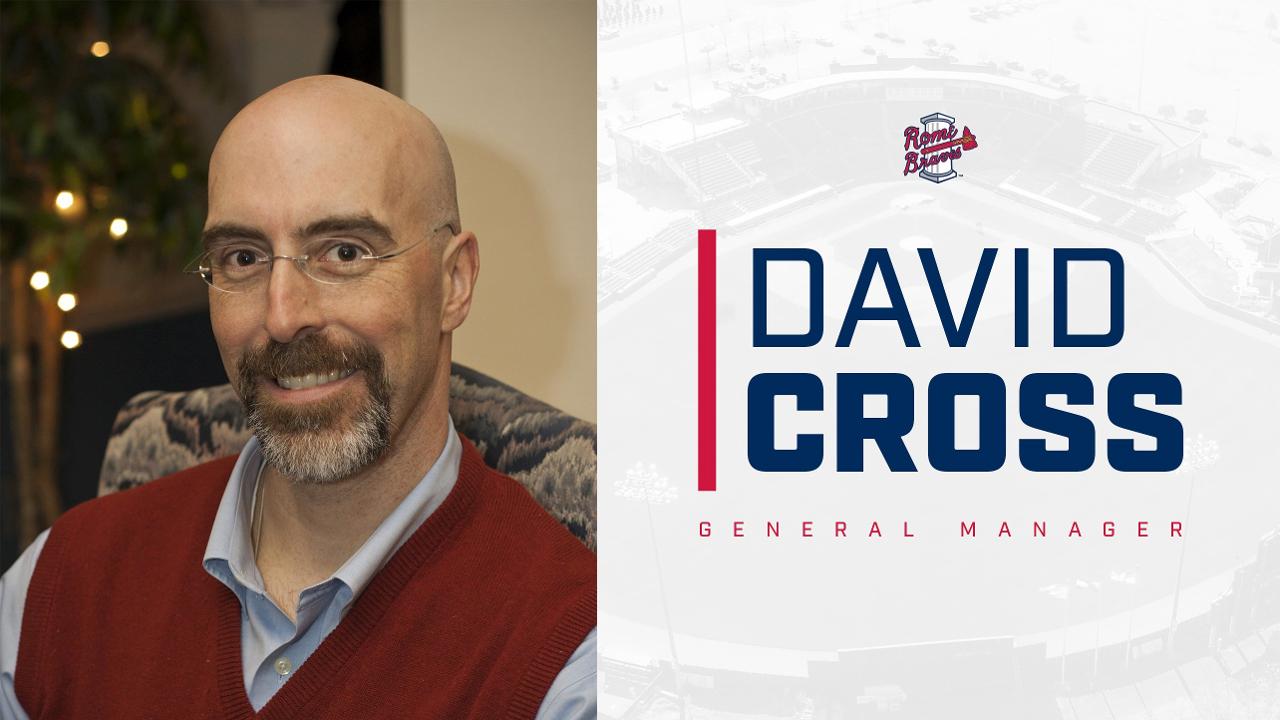 DANVILLE, Va. - The Atlanta Braves announced today that Danville Braves general manager David Cross will take over as the next general manager of the Rome Braves beginning in January.

"We have called Danville home for almost 20 years so this is bittersweet", said Cross. "This community has so many great people and I will miss that the most, but I look forward to starting in Rome and helping them continue their excellent tradition."

The Newport News, Virginia native spent 20 seasons as general manager of the Danville Braves and has 21 years total in minor league baseball. He began his career in baseball in 1998 in the ticket department of the Richmond Braves and spent the 1999 season as the Group Sales Manager with the Winston-Salem Warthogs of the Carolina League.

"David has been a proven leader in our organization, and I expect he will continue to do so for the Rome Braves," said Chip Moore, executive vice president of Braves minor league operations and special projects. "We look forward to having him take his many years of experience and implement best practices for the club."

In May of 2000, Cross was named the general manager of the Danville Braves and has been helping to improve professional baseball in the Danville area ever since. During his tenure in Danville, he has been named Appalachian League Executive of the Year twice (2003, 2008) and won the League's Promotional Award of Excellence twice (2004, 2006). He has served on the boards of nonprofits including Habitat for Humanity, Boys and Girls Club, Bright Leaf Brew Fest, Danville Tourism, amongst many other philanthropic pursuits.

Most recently, Cross led the D-Braves to 2017 Appalachian League Organization of the Year honors. In September 2017, Cross was promoted to Vice President, General Manager, Danville.