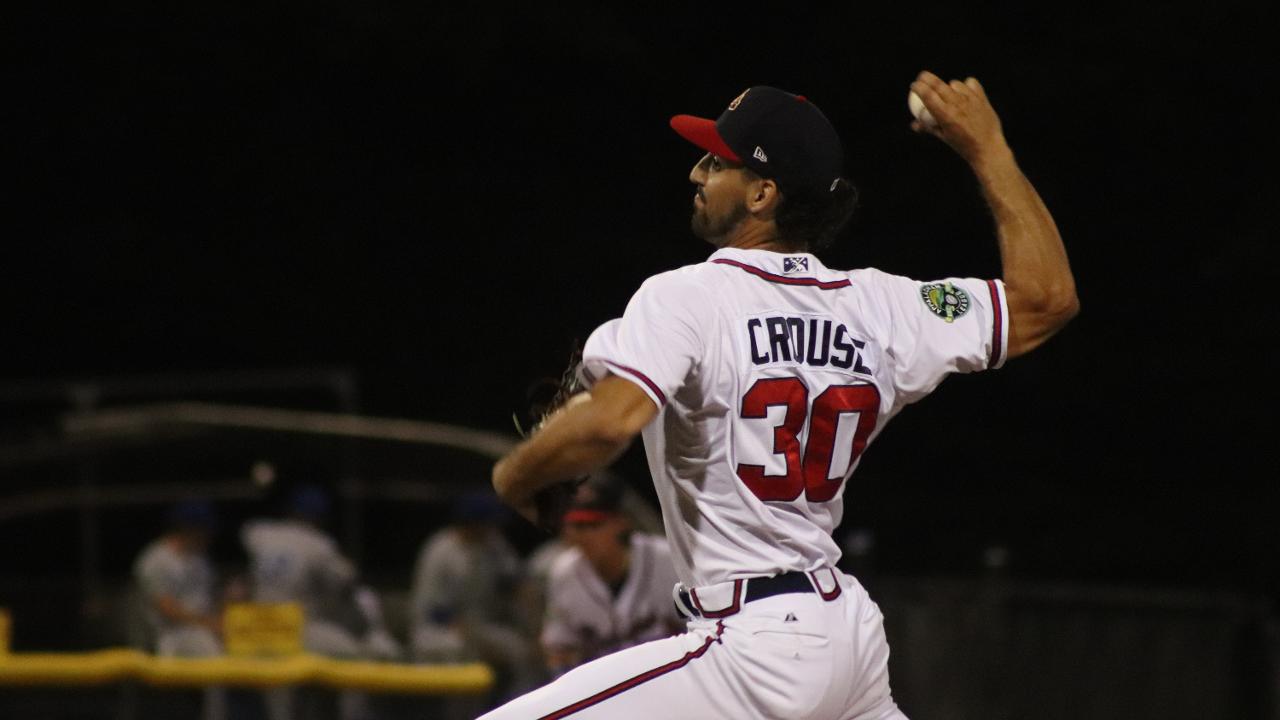 DANVILLE, Va. - With the Burlington Royals in need of a win to clinch the postseason, the Danville Braves denied their division rivals with a 3-2 walk-off win in the tenth inning to sweep their opponents and win a third straight series.

The win was the team's seventh in an eight-game homestand that lifted Danville's home record to 17-17 on the season, an impressive feat considering it sat at 10-16 before the homestand began. The D-Braves struck out 13 Royals and held the team to 0-for-8 with runners in scoring position, overcoming their opponent scoring first to win the game for the fourth time in 26 tries.

The Danville bullpen was money all night long, allowing five walks but giving up no hits and striking out nine. The offense collected just six hits but came up with scoring plays when they needed to.

In the first inning, the Royals picked up their only two runs of the game on a two-run home run from Vinnie Pasquantino. After his homer, the next ten batters for both sides were retired. The Royals picked up a leadoff single in the third inning from Jay Charleston and two stolen bases from Charleston got him to third base. Michael Massey drew a two-out walk to put runners on the corners but Danville starter Alec Barger stranded Charleston with a force out at second.

The next significant action occurred in the bottom of the sixth inning. Danville led the frame off with a Mason Berne double and Garrett Saunders walk. Jose Palma singled on a bunt to load the bases with no outs. Brandon Parker and Beau Philip each hit sacrifice flies to tie the game.

Danville had an opportunity to score in the seventh inning with runners on the corners and two outs, but Saunders was caught stealing second to end the threat. In the eighth frame, Burlington drew three walks to load the bases with one out but reliever Marrick Crouse got two outs to escape the jam.

Danville had its first chance at a walk-off in the ninth inning. Cody Birdsong drew a two-out walk and was substituted for Cody Milligan as a pinch runner. A throwing error on a pickoff attempt put Milligan on third but he was left there at the end of the inning.

With Maikel Garcia starting the tenth inning standing on second base, a sac bunt on the first at bat of the tenth put him on third. Reliever Alex Segal ended the inning with a strikeout and a groundout to give his team another chance to walk it off.

Charles Reyes came in to pinch run for Mitch Calandra on second to begin the bottom of the tenth. Berne drew a walk to lead the inning off and put two runners on. After Saunders struck out, a wild pitch to Palma moved the runners to second and third. Palma then delivered an RBI infield single to score Reyes and win the game.

Danville ends the season with a six-game road swing, traveling first to Elizabethton and finishing at Bristol. The Elizabethton series opener is set for a 6:30 p.m. start on Friday night.