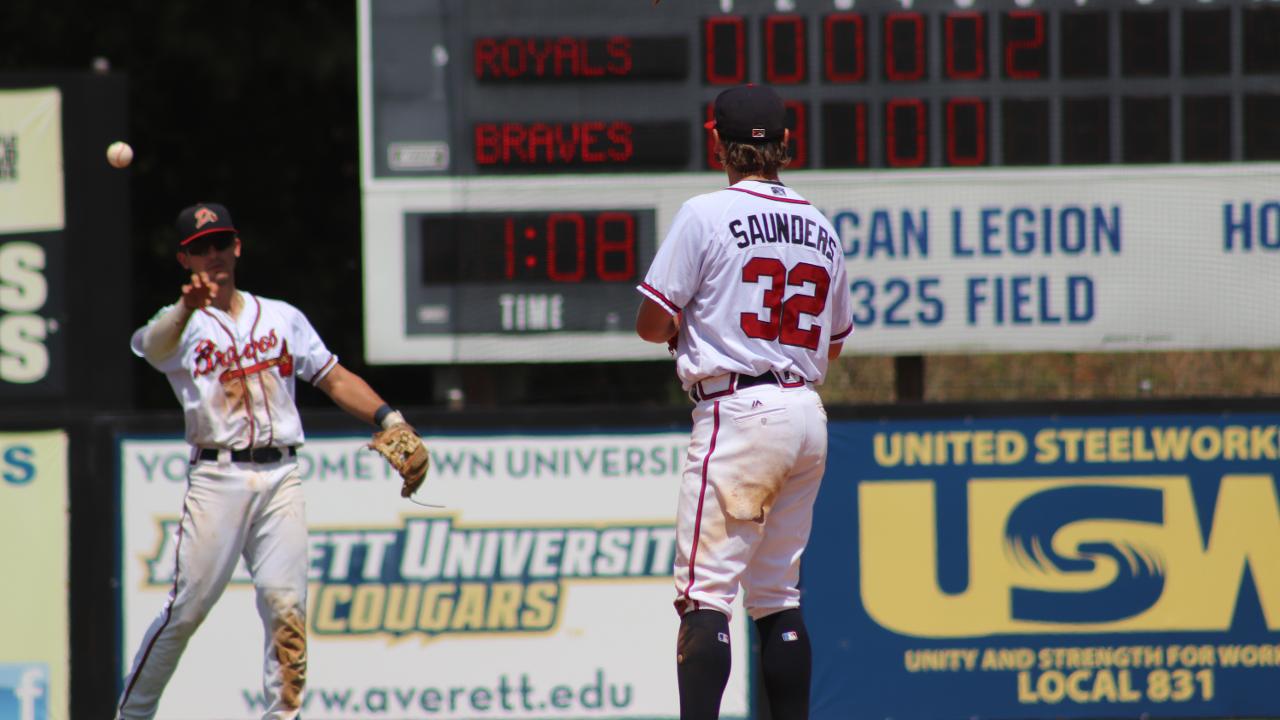 DANVILLE, Va. - The Danville Braves opened a two-game series over the Burlington Royals with a 5-2 win Wednesday afternoon. The win was the sixth out of seven games played so far in the team's season-long eight game homestand, and it moved the team to 16-17 at home, giving Danville a chance to finish .500 at home in the 2019 season.

Danville once again got a solid pitching effort, striking out 11 Royals for the fifth straight double-digit strikeout performance. Tyler Owens led the way with five strikeouts as part of three shutout innings. The D-Braves issued just three walks to the league leader in free passes.

Garrett Saunders had a career day at the plate to lead Danville. He finished a home run shy of hitting for the cycle, settling for a 3-for-4 performance with a double, triple and RBI. Mason Berne, Cody Birdsong and Beau Philip each had two-hit games for the Danville lineup.

Danville lead off the second inning with a Berne single before a strikeout and a one-out Saunders single placed two runners on base. Jose Palma struck out for out number two, but Cody Milligan reached base safely after Saunders beat out a throw to second on a fielder's choice to extend the inning. Saunders's hustle would pay off, as Brandon Parker was hit by a pitch with the bases loaded to give Danville one run before Philip's two-run single made it 3-0.

Danville began the fourth inning with a pair of singles before Saunders delivered a one-out RBI double to extend the team's lead to 4-0. After that it was quiet for both clubs, with the next 14 men up retired.

The Royals broke the shutout in the sixth inning, using a single, stolen base and double to put runners on second and third with no outs. A wild pitch from reliever Filyer Sanchez gave Burlington one run, and an RBI groundout from Maikel Garcia halved the deficit to 4-2.

Saunders got his third straight hit to lead off the sixth inning, this time tripling to right field for Danville's fifth three-bagger of the season. Palma dropped an RBI single over short to bring Saunders home and make it 5-2.

Danville was in a sticky situation in the ninth inning as the Royals loaded the bases with one out on reliever Albinson Volquez, but the side-armed right hander struck out the next two batters to earn his third save of the year.

Danville and Burlington will meet for an 11th and final time Thursday night in the final game of the homestand.