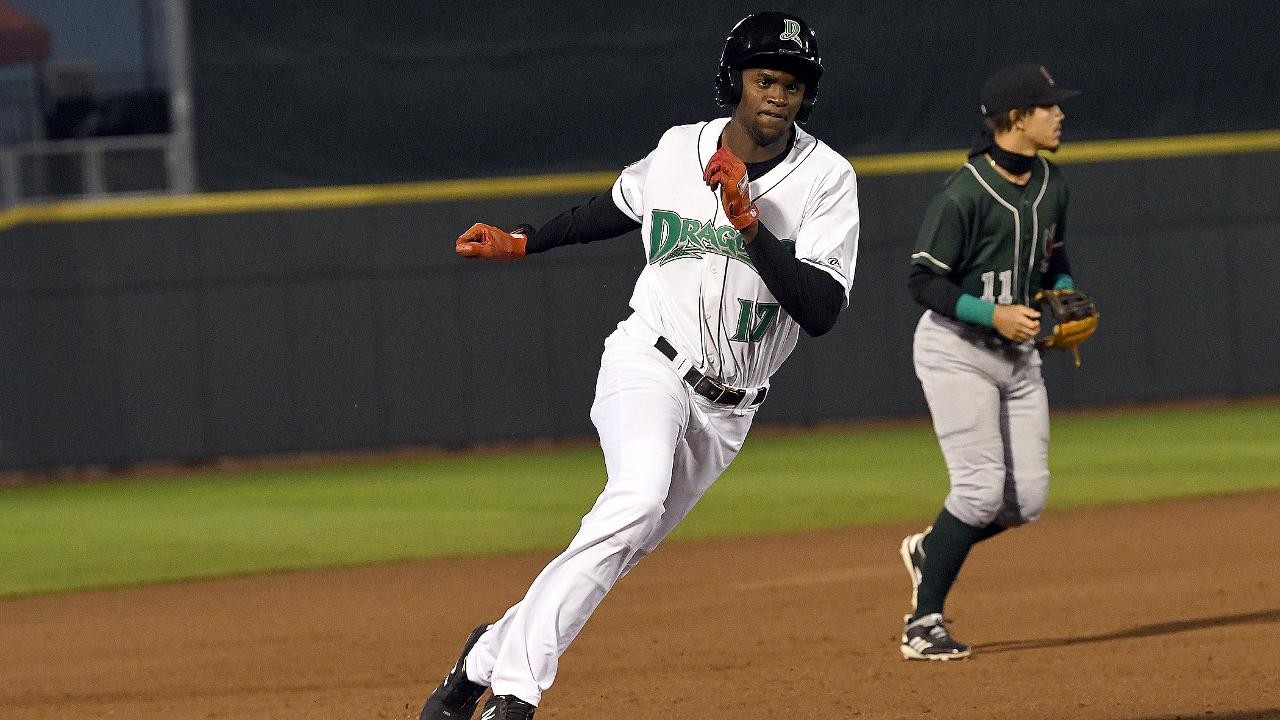 Dayton, Ohio-Mariel Bautista and Bren Spillane blasted home runs as the Dayton Dragons defeated the Wisconsin Timber Rattlers 6-2 on Wednesday night. The win was the second straight for the Dragons.

Bautista's line drive home run in the fourth inning came with a runner on base and broke a 1-1 tie. Spillane's home run was his first of the second half and continued a hot streak for the Reds third round draft pick from 2018. Spillane is batting .444 over his last 10 games and .375 in the second half.

Wisconsin scored one run in the top of the first inning before the Dragons tied the game in the third. Dayton's Morgan Lofstrom led off the inning with a double over the head of the center fielder and advanced to third on Miguel Hernandez's ground out. The next batter, Peterson Plaz hit a ground ball to the shortstop, who fired home, but Lofstrom got a hand to the plate before the tag and scored the run to tie the score at 1-1.

The Dragons took the lead in the fourth when Mariel Bautista lined a two-run home run to left field, his sixth homer of the year, to make it 3-1. Spillane's solo homer in the sixth, his fifth of the year, made it 4-1. After Wisconsin scored in the seventh, the Dragons added two more in the eighth on a two-out, two-run double by Pabel Manzanero after singles by Michael Siani and Spillane.

Dayton pitcher Eduardo Salazar, making his first start of the season after 24 relief appearances, worked the first four innings, allowing one run on five hits with one walk and three strikeouts.

Adrian Rodriguez (3-2) followed Salazar and was credited with the win. He allowed one hit and one run in three innings with two strikeouts. Matt Pidich worked the final two innings to earn the save, his second. Pidich allowed two hits but no runs and had two strikeouts. Dragons pitchers combined to issue only one walk in the game.

The Dragons finished the night with nine hits. Manzanero was 3 for 4 with two runs batted in. Spillane and Bautista each had two hits.

With the win, the Dragons are only two games out of the wildcard slot in the East Division second half playoff race.

Notes:  On Tuesday, the Dragons promoted pitchers Connor Curlis and Connor Bennett to Daytona of the Florida State League. Relief pitcher Clate Schmidt was transferred to Dayton from Daytona. Schmidt pitched in the Midwest League in 2018 with the West Michigan Whitecaps, posting a 2.59 ERA in 33 games as a reliever. He was signed by the Cincinnati Reds as a minor league free agent this spring after being released by the Detroit Tigers organization.

On the Air:  All Dragons games are broadcast on radio on Fox Sports 980 WONE AM. Games can be heard on smart phones, iPads, and other mobile devices via the free Dragons Mobile App, or on a computer at wone.com. Games are also available on HD Radio on 104.7 WTUI HD 2.

All Saturday and Sunday home games are televised on Dayton's CW (channel 26; Spectrum cable channels 13 and 1013).