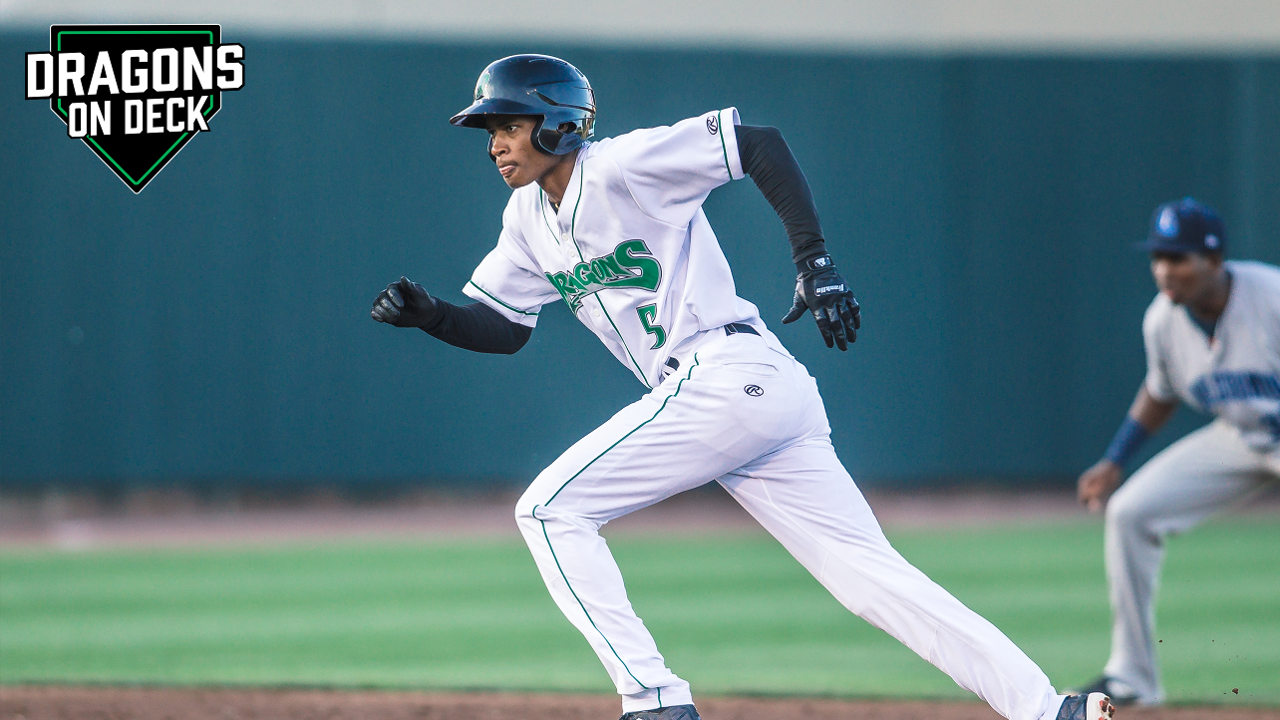 Andy Sugilio (sue-HE-lee-oh) was signed by the Cincinnati Reds as an international free agent in 2013 (Dominican Republic).

2019 Season:  After spending the 2018 season in Dayton, Sugilio made the jump in 2019 to Advanced-A Daytona and was there for the entire year. In a tough league for hitters, the switch-hitting Sugilio batted .294 (the Florida State League average was .242). He also added 23 stolen bases in 118 games. He connected on three home runs. He made 77 starts in right field and another 31 in center.

With the Dragons:  Sugilio played in 91 games for the Dragons in 2018, batting .278 with five home runs and 12 stolen bases. In the second game of the season on April 6, Sugilio suffered a strained hamstring that forced him to miss the next five weeks before he returned to action on May 12. After his return, Sugilio went through an adjustment period that served, in effect, as a second spring training. He endured some struggles against Midwest League pitchers that were, by that time, in mid-season form, and by June 22, he was hitting just .216 with only two stolen bases. But on June 23, he began a streak of four straight multi-hit games and over his final 66 games of the season, he batted .303 with 10 steals for the Dragons. Sugilio mostly hit in the #2 spot in Luis Bolivar's batting order, and he played all three outfield positions.

Outlook:  Sugilio has shown the ability to hit for a high batting average over each of his last three years, batting an even .300 over the 2017-19 seasons. If you subtract the first half of the 2018 season when he was trying to return from a hamstring injury, the average jumps to .309. That represents a rather significant sample size with solid production. He should move up to Double-A Chattanooga in 2020.

Fun Facts: Sugilio is considered to be one of the fastest runners in the entire Reds organization, compared at times to former Dragon Jose Siri…For the first time in his career, Sugilio made the active roster this winter for a team in the Dominican Winter League, where the competition level is high. His team featured 29 players with Major League Baseball experience. His teammates also included Siri and former Dragons and Reds pitcher Jesus Reyes.