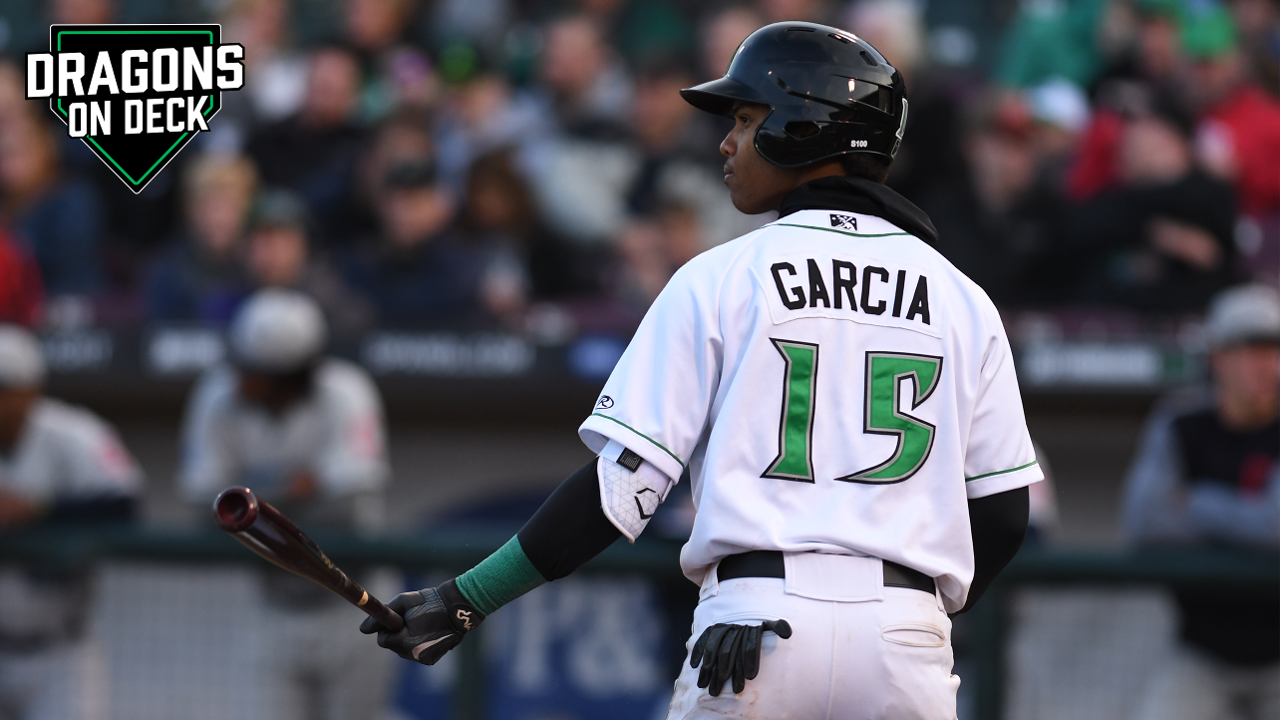 Garcia is currently ranked as the Cincinnati Reds #9 prospect by MLBPipeline.com. He was signed by the Reds as an international free agent in 2017. Garcia is a native of Cuba.

2019 Season:  After spending the 2018 season in Dayton, Garcia moved up one level in the Reds organization in 2019 with Daytona in the Florida State League. He missed the first three weeks of the Tortugas season, but once he got on the field, he turned in an outstanding year. At the age of 21, Garcia batted .280 with eight home runs, 37 doubles, 15 stolen bases, and a .436 slugging percentage. He was rated by Baseball America as the Reds top prospect on the Daytona team and one of the top 20 prospects in the league. He had a tremendous final third of the season, just as he had with the Dragons the previous year. Over his last 35 games from July 19 through the end of the season, he batted .341 with a .504 slugging percentage and an OPS of .895.

With the Dragons:  Garcia and Jeter Downs served as the Dragons middle infield combination in 2018 as both players alternated between second base and shortstop. By season's end, Garcia was the primary shortstop while Downs settled in at second base. It took Garcia some time to shake off the rust of sitting out the 2017 season as he transitioned from Cuba to a new life. He started his professional career very slowly with the Dragons in 2018 and was still hitting under .200 as late as June 26. But he turned his game up several notches over the last two months of the season. He hit .303 with an .812 OPS over his final 32 games and started to show some power during that period, connecting on four home runs. His final batting average of .245 was modest, but offered optimism going forward, and he followed up the season in Dayton with a breakout year in 2019 at Daytona.

Outlook:  Garcia's arrow is clearly pointing up as a prospect. In fact, of all players who finished the 2019 season in the Reds minor league system, Garcia might have improved his prospect status the most over the course of the year. He will likely appear in the Reds top-5 on some prospect lists heading into 2020, when he is expected to move up to Double-A Chattanooga.

Fun Facts: Garcia tied a Dragons club record for most hits in a game with five on July 20, 2018, becoming the ninth player in Dragons history to do so. Among the other former Dragons to collect five hits in a game are Austin Kearns (2000), Chris Dickerson (2004), and Ronald Torreyes (2011). No Dragons player had five hits in a single game since Seth Mejias-Brean in 2013 until Garcia did it in 2018…Garcia hopes to become the first position player among the Reds international signings from Cuba to make a big impact in the Major Leagues. The Reds struck gold with Cuban pitchers Aroldis Chapman and Raisel Iglesias, and they hope Garcia can deliver at the shortstop position.