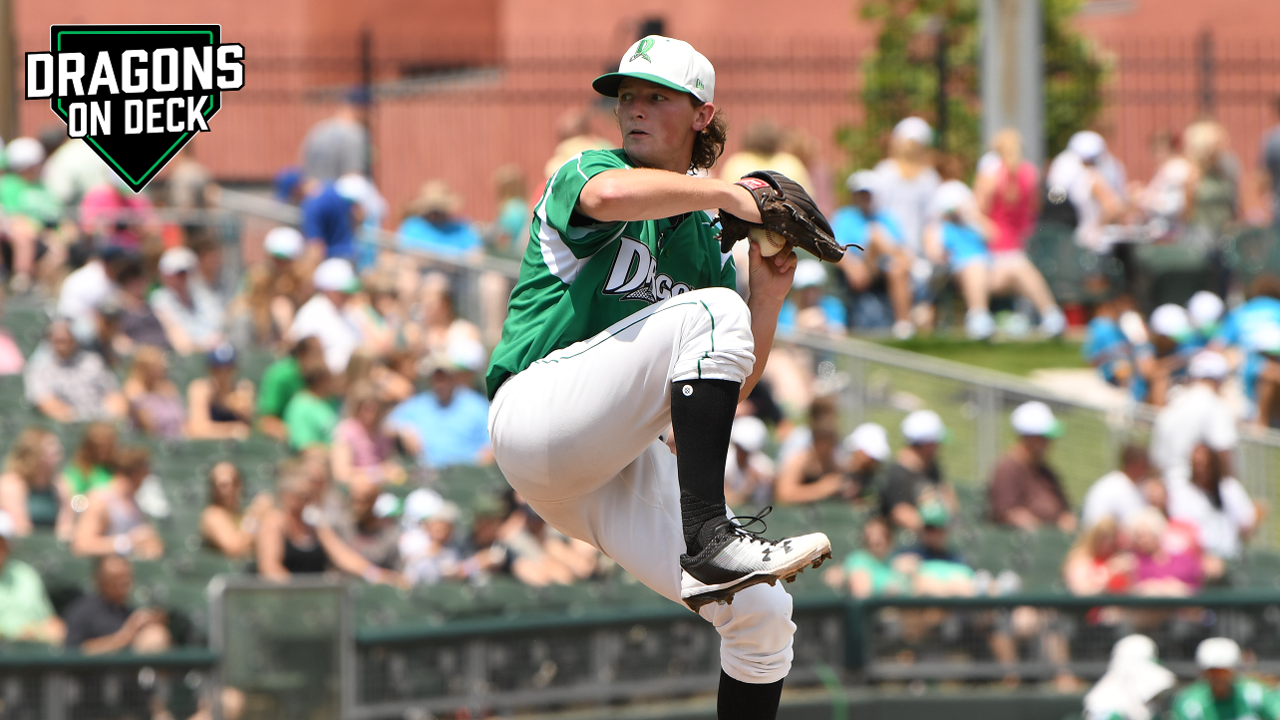 2019 Season:  Naughton is surely one of the primary candidates for the Reds 2019 Minor League Pitcher of the Year award, which will be announced on December 6 at RedsFest. He started the season at Advanced-A Daytona before being promoted to Double-A Chattanooga prior to the end of May. With the two clubs, he combined to make 28 starts and led the entire Reds farm system in earned run average (3.32) and innings (157) while finishing tied for first in victories (11) and second in strikeouts (131). He showed exceptional control, walking only 35 batters in those 157 innings. He went 5-2 with a 2.63 ERA with Daytona (9 starts) and then posted a record of 6-10 with a 3.66 ERA at Chattanooga (19 starts). The numbers at Chattanooga were skewed due to a couple poor starts at the end of the year. His ERA was a very impressive 2.99 heading into the final three weeks of the season. Overall, Naughton probably improved his status in 2019 as much as any pitching prospect in the entire Reds system.

With the Dragons: Naughton spent the entire 2018 season with the Dragons and won the Midwest League strikeout crown with 137. He had a tremendous second half with the Dragons, recording a 2.83 ERA in 18 starts after struggling to a 5.21 ERA over his first 15 starts. His final ERA was 4.04, and the improvement in the second half in Dayton clearly carried forward for Naughton into 2019. Naughton has proven to be a dependable and durable starting pitcher over a large sample size. Over the last two seasons combined, Naughton has thrown 311 innings, by far the most of any pitcher in the Reds farm system (Austin Orewiler ranks second with 249.2).

Outlook:  Naughton is the #2 left-handed pitching prospect in the Reds system, behind only 2019 number one draft pick Nick Lodolo. If he continues to improve at the rate he has shown since the middle of his 2018 season with the Dragons, Naughton could be in the big leagues before the end of 2020.

Fun Facts:  Naughton is a native of Boston and played high school baseball at Boston Latin School, the first public school in America (established in 1635), with alumni that include Samuel Adams as well as several U.S. Senators, Congressmen, and signers of the Declaration of Independence and U.S. Constitution (Benjamin Franklin attended the school for two years but did not graduate)…Naughton's given name is Patrick Joseph Naughton. He was called Packy as a baby by his older brother, and the nickname stuck.