Dragons to Recognize Dayton Power and Light as "Community All-Star" 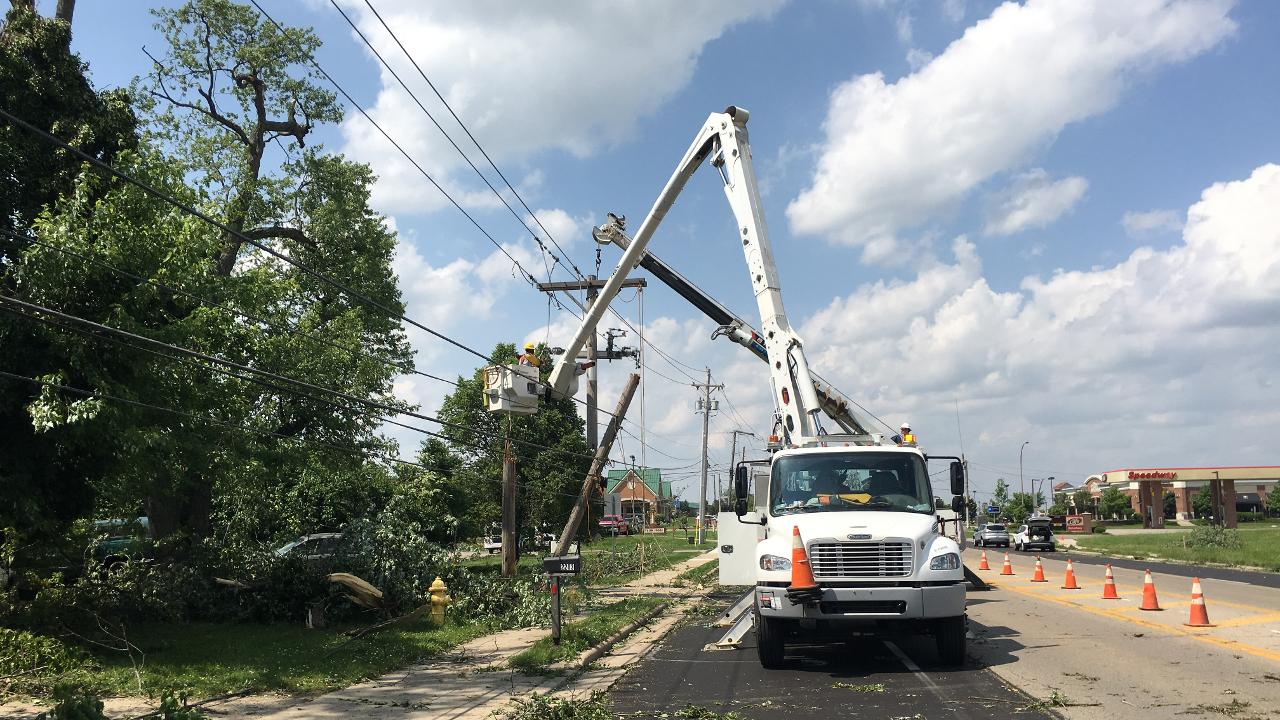 Dayton, Ohio - The Dragons will honor Dayton Power and Light during the unique "Community All-Stars" program on Thursday, August 22, at 7:00 p.m. when the Dayton Dragons take on the Fort Wayne TinCaps at Fifth Third Field.

The Dayton community is a great place to live, work, and play. But what makes Dayton truly great are the people who do incredible things each and every day to make our community a special place to call home. Throughout the season, the Dragons, Vectren, and Flying Ace Express Car Wash will honor five "All-Stars" with a special inning break tribute in recognition of their service.

Dayton Power and Light: Sacrificing for the Community at Large

Fifteen confirmed tornadoes carved a 19-mile path of unprecedented destruction leaving 70,000 Dayton Power & Light (DP&L) customers without power. With first reports of tornadic activity, DP&L immediately went into "storm mode," according to Director of Corporate Communications Mary Ann Kabel. Linemen, field crews and support staff were working around the clock to assess the damage, clear debris and restore power as quickly and safely as possible. Mutual assistance was mobilized, which is an essential part of the electric power industry's service restoration process and contingency planning for natural disasters.

"Within 48 hours of the tornadoes touching down, more than half of the impacted customers had their power restored," Kabel noted. DP&L received mutual aid from other Ohio utilities and crews from six surrounding states to accelerate the recovery efforts.

In total, Kabel estimates there were more than 1,600 people dedicated to the restoration efforts, including 760 crew members from other utilities. Remarkably, by day three, 80% of the affected customers had power and the remaining who could receive service had it restored within the next couple of days. The Memorial Day Tornadoes ranks in the top three weather events for DP&L over the last decade surpassed by Hurricane Ike and the Derecho, respectively.

In addition to restoring power, DP&L set up three ice distribution and charging centers; employees and their families along with retirees volunteered their time to support our community. More than 20,000 bags of ice were distributed to families in the hardest hit areas.

Though members of the community are still dealing with the after-effects of the tornadoes, Kabel is pleased to say, "safety is paramount, and we are forever thankful our neighbors listened to the warnings and took cover. DP&L and the news kept people informed continually on-air and online with restoration updates and access to available resources."

The Dragons Community All-Stars Program is made possible by the generous support of Vectren and Flying Ace Express Car Wash. For more information or to nominate an All-Star in your life, visit www.daytondragons.com/communityallstar.