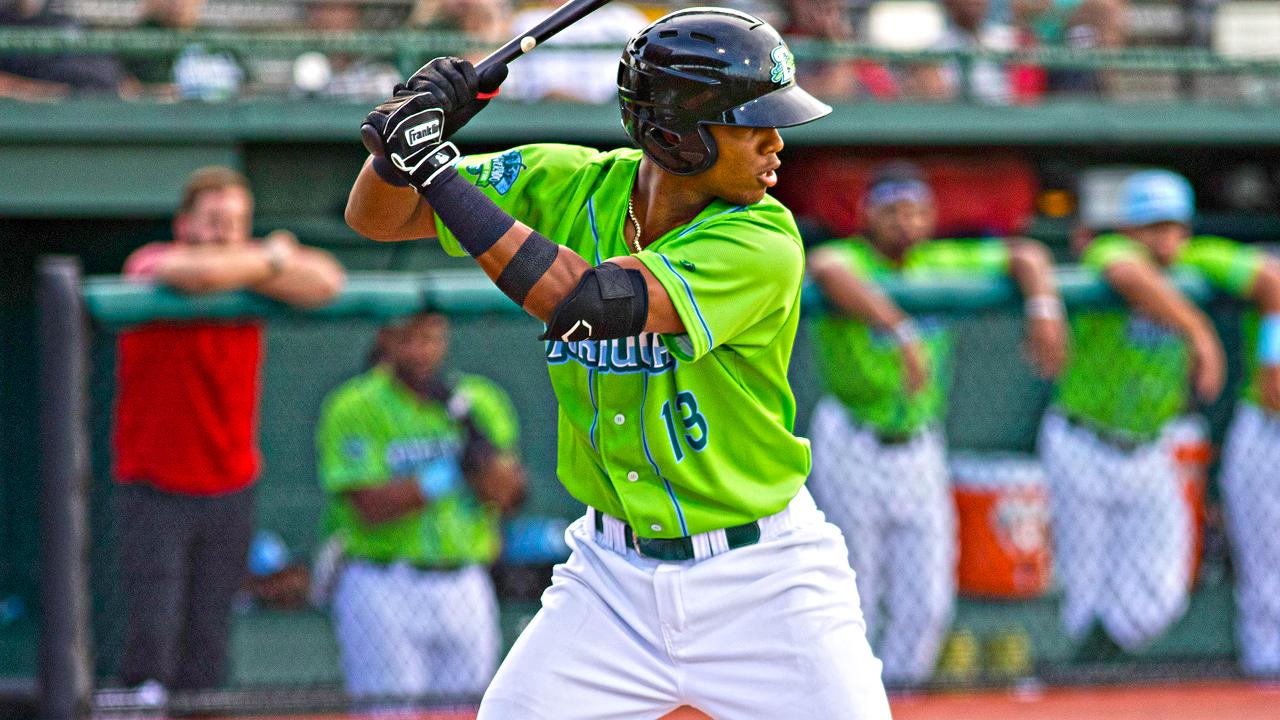 SS José García collected his second-straight multi-hit game and drove in a run, but the St. Lucie Mets defeated the Daytona Tortugas, 7-1, in front of 1,285 fans at Jackie Robinson Ballpark on Friday night. (Aldrin Capulong)

DAYTONA BEACH, Fla. - CF Jameson Hannah - acquired by the Cincinnati Reds in the Tanner Roark trade on Wednesday - reached base three times in his Daytona debut, but the St. Lucie Mets walked away with a 7-1 victory over the Tortugas in front of 1,285 fans at Jackie Robinson Ballpark on Friday night.

St. Lucie continued to tack on in the seventh. A Tiberi single and a walk to Rodríguez began the frame, while LF Matt Winaker (0-3, R) proceeded to lay down a sacrifice bunt to move the runners over. However, the throw to first was wild - enabling both runners to score, as Winaker moved to third - giving the Mets a three-run advantage, 4-1. A tally-creating single to center by DH Wagner Lagrange (1-4, R, RBI, BB, SO) increased the visitor's edge to 5-1.

Overall, it was a stellar debut for Hannah. Over his final four plate appearances, the 21-year-old collected a walk in the third and added a triple into right-center in the ninth.

The Tortugas Pre-Game Show will kick off the broadcast at 6:50 p.m. ET, leading up to the 7:05 p.m. ET start at Jackie Robinson Ballpark. Saturday evening's contest can be heard on www.daytonatortugas.com or via the TuneIn Radio and MiLB First Pitch apps.

It will be another Shell-tastic Saturday at The Jack, as following the final out, fans will be treated to another stupendous Postgame Fireworks show.

Multi-game plans and single-game tickets are still currently available and can be purchased online at www.daytonatortugas.com, or by calling the Tortugas' Ticket Office at (386) 257-3172.