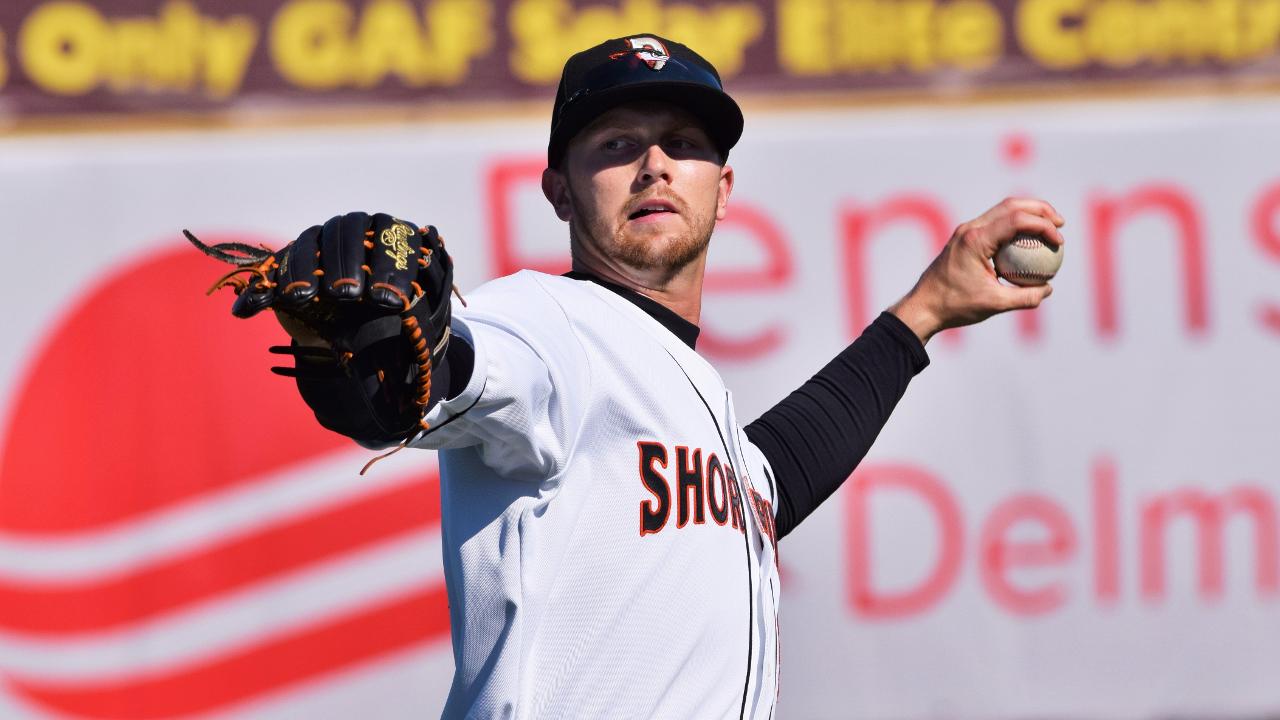 Lakewood opened the scoring in the second. Carlos De La Cruz singled to open the inning and then stole second base. After a strikeout, De La Cruz advanced to third on a flyout and then scored on the play when the throw into third skipped into the Delmarva dugout, giving the BlueClaws a 1-0 lead.

In the third, Lakewood doubled their lead on one swing. McCarthy Tatum roped a solo homer down the left field line for a solo shot, his first professional homer, giving the BlueClaws a 2-0 edge.

Malvin Matos singled to start the fifth for Lakewood. After a flyout, Jonathan Guzman ripped a ball to right that got by a diving Robert Neustrom and all the way to the wall, allowing Guzman to race around the bases for an inside-the-park two-run homer, doubling the BlueClaws lead to 4-0.

After a single out was recorded in the bottom of the sixth, the skies opened up, sending the game into a delay leading to the eventual decision to end it early.

The Shorebirds collected just one hit in the game, a fourth inning single from Robert Neustrom.

Guzman spearheaded the Lakewood attack, adding a single in addition to his two-run inside-the-park homer. Luis Garcia also had a productive game, going 1-for-2 with a double and a walk.

Delmarva has now lost back-to-back series for the first time all season. The bad weather also resulted in the first rain delay of any kind for the Shorebirds since May 23 at home against Lakewood, a span of 52 games.

The Shorebirds now hit the road to begin a four-game series with the West Virginia Power. Gray Fenter (6-2, 2.14) goes for Delmarva against Evan Johnson (0-0, 0.00) for West Virginia. First pitch from Appalachian Power Park is slated for 7:05 p.m. and pregame coverage on Fox Sports 960 AM and the MiLB First Pitch App begins at 6:50 with Will DeBoer on the call.