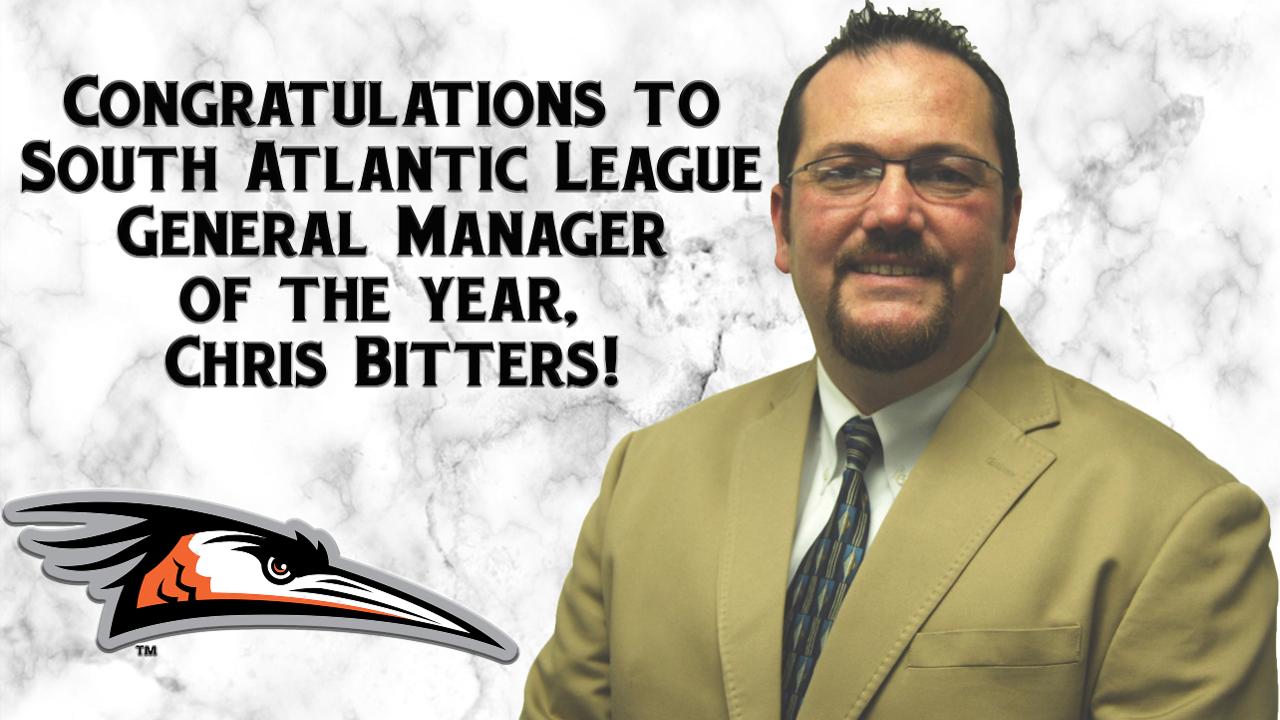 CLEARWATER, FL - The Delmarva Shorebirds are pleased to announce that general manager Chris Bitters has been named South Atlantic League General Manager of the Year. The award is a first for Bitters, who is finishing up his 13th season at the helm in Salisbury.

"I'm humbled that my colleagues in the league felt strongly enough about what we do up here in Delmarva to select me this year," said Bitters. "But in my mind it's a staff award. This award is not possible without the fans and the staff and the partnerships that we have here in the community. So really, it belongs more to them than to me. I'm excited that our operation here in Delmarva is getting league recognition."

Bitters oversaw a multi-year renovation project at Arthur W. Perdue Stadium, which culminated in 2019 with a number of new features to benefit the fan experience. This season saw the opening of the 360-degree boardwalk deck beyond the outfield wall, as well as improvements to the luxury level and the instillation of new drink rails throughout the ballpark.

In addition, Bitters and the Shorebirds continued building on the community efforts that saw the team win SAL Community Service Award in 2018, including enhancement of the Shorebirds Fly Together Fund and the Perdue Strike Out Hunger program.

"We're thrilled that Chris has been recognized by his peers," said Pat Filippone, president of 7th Inning Stretch, LLC, the Shorebirds' ownership group. "We know as well as anybody how well-deserved it is. We're excited about the balance of the 2019 season and the future in Delmarva."

Bitters arrived in Salisbury as general manager in November 2006. Over his 13 seasons, the Shorebirds have extended their lease with Wicomico County, successfully hosted the 2011 SAL All-Star Game, and transformed Perdue Stadium into one of the top minor league baseball facilities in the Mid-Atlantic region.

With the 2019 regular season in the books, the Shorebirds now turn their attention to the SAL playoffs, which begin on Wednesday with Game 1 of the Northern Division Championship Series at Hickory. Delmarva will host Game 2 and if necessary Game 3 on Friday and Saturday at Perdue Stadium. First pitch of both games is set for 7:05 p.m.