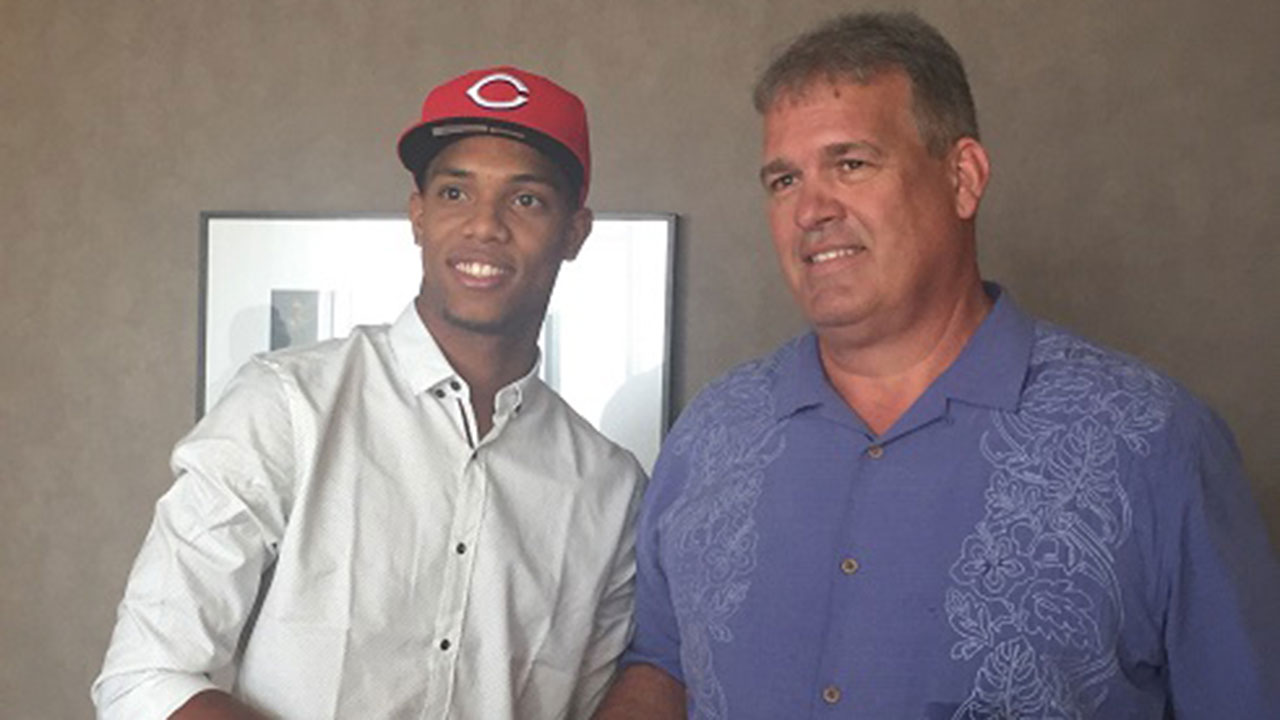 Two days before the Cincinnati Reds willl select from the best available talent with the second overall pick in the First-Year Player Draft, they added another top young star to their ranks.

"Right away, Jose stood out because of his 6-foot, 3-inch live, athletic body," Reds director of international scouting Tony Arias said in a statement. "During the 18U Pan Am gold medal game, I thought this kid would fit right in with the USA team's middle infielders, who were going to be some of the best young kids available for the 2017 Draft."

Garcia was immediately slotted in as the Reds' No. 11 prospect, according to MLB.com. He stands as the third consecutive Cuban prospect on that list behind shortstop Alfredo Rodriguez (No. 9) and right-handed pitcher Vladimir Gutierrez (No. 10), both of whom signed with Cincinnati in 2016. The teenager's top-graded tool is his speed, which checks in at 60.

Two years ago, Garcia impressed on the international scene as a member of the Cuban national team for the 2015 U-18 Baseball World Cup. In 34 at-bats, the then-17-year-old batted .382/.500/.432 with four doubles, seven runs scored and five driven in. According to MLB Pipeline, "Garcia played a lot of second base for the Cuban national team, but the Reds believe he has the goods to stick at shortstop long-term."

"He is a super-athletic player who hits line drives using the whole field," Arias said in the statement. "He showed his ability to run and showed great instincts."

According to MLB.com's Jesse Sanchez, Garcia is expected to receive a signing bonus of nearly $5 million, the latest in a line of heavy deals on the international free agent market for Cincinnati. Last summer, the Reds gave Rodriguez $7 million and $4.75 million to Gutierrez. Cincinnati has committed $17.5 million to 20 signees during the 2016-17 international signing period, far exceeding its allotted pool total of $5,163,400. As penalties, the Reds will be charged a nearly $12.5-million overage fee and will not be allowed to sign a player for more than $300,000 in either of the next two international signing periods.

The DSL Reds opened their season on June 3 and went 3-4 in their first week of games.