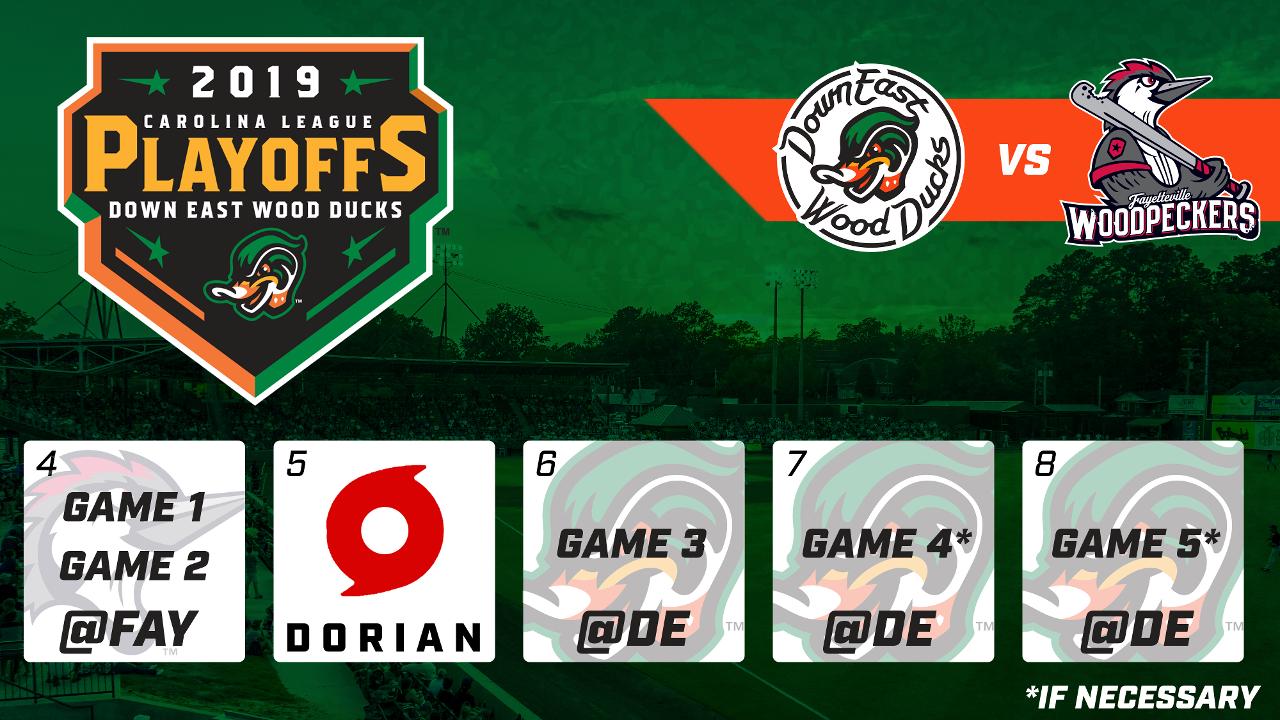 Kinston, N.C. - With Hurricane Dorian expected to impact the Carolinas later this week the Carolina League has announced schedule changes for the Southern Division Mills Cup Playoff matchup between the Down East Wood Ducks and Fayetteville Woodpeckers.

The first two games of the best-of-five series will be played in Fayetteville as part of a double-header Wednesday, with game one scheduled to begin at 3 p.m. Game two will begin approximately 30 minutes after the conclusion of game one. Both games will be played as seven-inning contests. No games will be played on Thursday as a precaution, due to impending weather.

As of now, no change has been made to the remaining three games scheduled to be played at Grainger Stadium beginning Friday at 7 p.m., and continuing Saturday at 6 p.m., and Sunday at 3 p.m., if necessary. Following Thursday, field conditions will be reevaluated, and any further changes to the schedule will be announced at that time. Stay up to date by following the Wood Ducks social media platforms.

For tickets and more information visit woodducksbaseball.com or call (252) 686-5172.