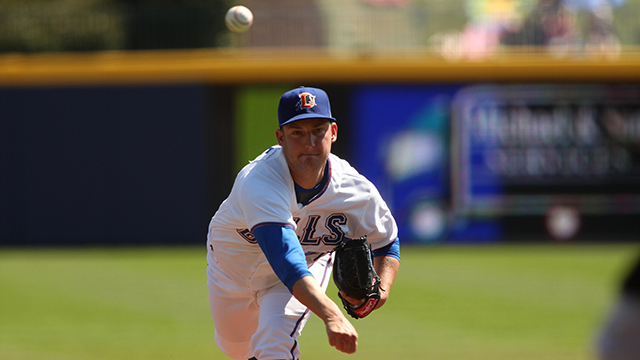 Andriese (W, 4-3) surrendered a first inning run, but then shut down the Clippers (22-24) with very little resistance over the next six innings. Columbus managed just four baserunners over the final six frames against Andriese, who matched a season-high by throwing seven innings.

Trailing 1-0 in the second, the Bulls (28-21) started a rally on Jerry Sands' first infield hit of the season. Vince Belnome turned a double into the right field corner, moving Sands to third. Mikie Mahtook drove a 2-0 pitch from Travis Banwart (L, 3-1) to deep center to score Sands with the tying run. Curt Casali followed with a soft single to right-center to give the Bulls a 2-1 lead, scoring Belnome.

Durham tacked on a fifth inning run on a Kevin Kiermaier grounder to bring home Ray Olmedo from third. With runners at the corners, Kiermaier banged a one-hopper to Jesus Aguilar at first base, who hesitated to throw home, then opted to attempt a 3-6-3 double play. Kiermaier beat the return throw allowing Olmedo to come in to boost the lead to 3-1.

Adam Liberatore whiffed all three hitters he faced in the eighth on fastballs, then Jeff Beliveau (S, 3) pitched around a leadoff double to Aguilar, striking out the next three hitters each batting as the tying run to earn the save.

Nathan Karns (2-2, 5.24) starts Saturday night for the Bulls against Robbie Aviles, who will make his Triple-A debut. Aviles is being called up from Low-A Lake County to fill in for the Clippers.