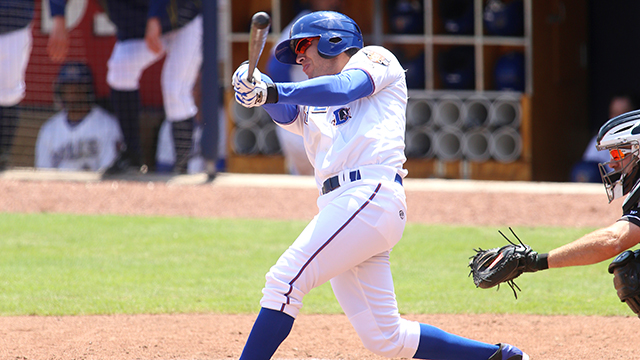 DURHAM, NC - The Durham Bulls cranked out 14 hits en route to an 11-4 win over the Lehigh Valley IronPigs in the opener of a three-game set Monday night at the DBAP.

After Lehigh Valley scored two batters into the game for a 1-0 lead, the Bulls took the lead in the third inning on one swing of the bat. With two outs and a runner on base Corey Brown walked and Taylor Motter singled to load the bases, before JP Arencibia unloaded a grand slam over the Blue Monster for a 4-1 lead.

The IronPigs (21-38) plated a run in both the fourth and the fifth to cut the deficit to one, but Durham responded with a trio of runs in the fifth. With one out Motter singled, and scored a batter later on an RBI double by Arencibia. Curt Casali then doubled himself, scoring Arencibia for a two-run lead. Richie Shaffer followed with an RBI single to right-center, scoring Casali as Durham took a 7-3 lead.

In the seventh the Bulls (33-26) continued the onslaught, scoring four times. Leonardo Reginatto, Ryan Brett and Brown all singled consecutively to begin the frame, with Brown driving in Reginatto. Motter then followed with a double off the top of the Blue Monster to drive in Brett for a six-run lead. Later in the frame both Brown and Motter came around to score on two wild pitches, extending Durham's advantage to 11-3.

Domonic Brown hit a solo homer in the eighth inning, closing the scoring.