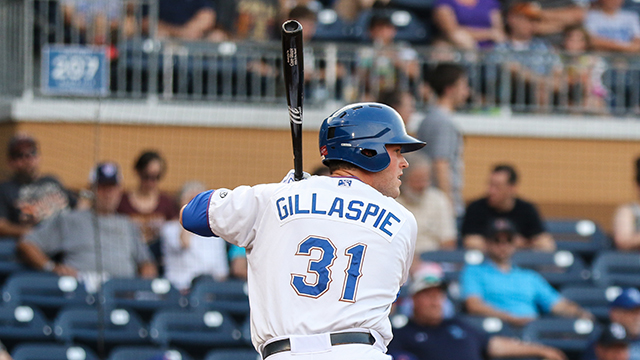 Lawrenceville, GA --- Facing elimination, the Durham Bulls pounded out a season-high in runs and hits in a 14-0 whitewashing of first place Gwinnett on Friday night at Coolray Field.

Casey Gillaspie had a career-high five hits, while Jaff Decker had four hits and reached base all six times as the Bulls moved to within 2 1/2 of the Braves with three games remaining in the regular season.

JP Arencibia and Daniel Robertson each homered to support Jacob Faria (W, 4-4), who threw seven scoreless innings allowing just one hit in his final start of 2016.

Johnny Field drove in four runs for the Bulls, who collected 17 hits in the victory.

Brad Schreiber made his Triple-A debut pitching the final two innings for the Bulls.

On Saturday, the Bulls face another must-win game against the Braves with Justin Marks (6-11) starting against Chris Ellis at 7:05 PM ET.