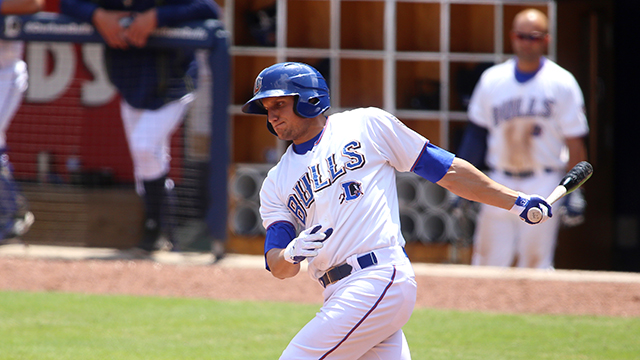 Farmer (W, 7-2) allowed seven hits and no walks, fanning eight in picking up his staff-leading seventh win of the year.

Former Bulls infielder Alexi Casilla, who was traded by the Rays to the Tigers earlier in the day, switched clubhouses and started a two-run rally in the third against the Bulls (41-37). Casilla singled, took third on a double by Corey Jones, then scored on a grounder by Alex Avila. Xavier Avery followed with an RBI-single for a 2-0 lead.

After a Mikie Mahtook RBI-single in the sixth got the Bulls on the board, centerfielder Xavier Avery denied a Durham rally thanks to a diving catch in right-center to rob Boog Powell of an extra base hit and RBI.

From there, the Toledo bullpen put the game away with Guido Knudson and Jeff Ferrell (S, 1) working the final two innings.