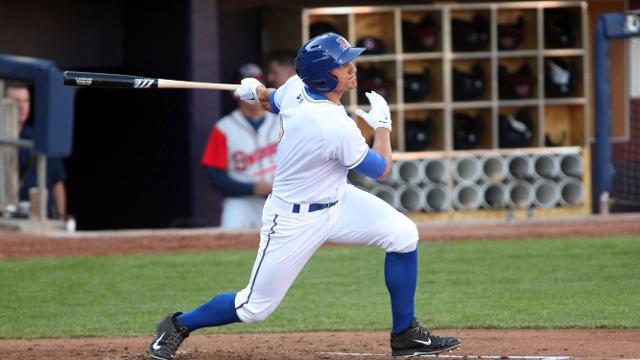 Charlotte, NC --- Mikie Mahtook was the story again for the Durham Bulls, collecting four straight hits in leading the Bulls to a 9-2 win over the Charlotte Knights on Tuesday night.

Mahtook, who entered the game with seven straight hits dating to Sunday, singled twice, doubled and tripled to close to within four hits of an 85 year old International League record. Mahtook fanned with two on in the eighth to end one of the longest streaks in league history. Over the 11-hit span, Mahtook zoomed his average from .237 to .408.

Jerry Sands homered twice in the game, hitting a three-run shot in the third as the Bulls (10-3) took a 4-1 lead. Sands drilled an opposite-field homer in the seventh for his team-leading 4th of the season as the Bulls swept their mini two-game series over Charlotte (6-7).

Enny Romero (W, 2-1) worked five innings to earn the victory, with his batterymate Eddy Rodriguez homering in the third inning.