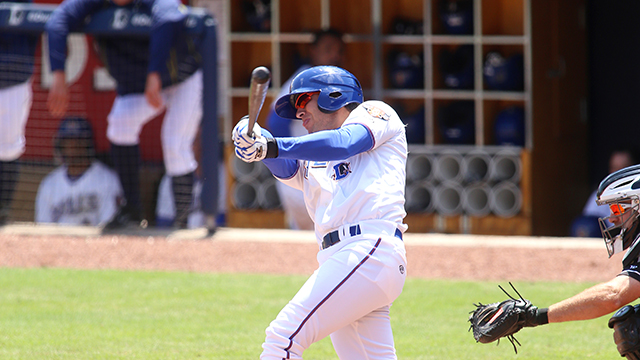 Louisville, KY --- Corey Brown, JP Arencibia and Luke Maile each clubbed home runs to send the Durham Bulls to their fifth straight victory, 6-3 over the Louisville Bats on Thursday night.

Brown hit the game's third pitch over the right field wall, then Arencibia and Maile each delivered two-run shots in a game-shaping four-run sixth inning as the Bulls (36-26) won their opener of a seven-game road trip.

Everett Teaford (W, 4-5) worked trouble in the first two innings, then settled in to retire 15 of the last 16 batters he faced to earn the victory. Jhan Marinez and Kirby Yates (S, 1) combined for the final three innings of the victory.

With the game tied 1-1 in the sixth, Arencibia connected for his league-leadnig 10th homer over the centerfield wall against Donovan Hand (L, 1-3). Three batters later, Maile hit his second of the season against reliever Jose De La Torre as the Bulls seized a 5-1 lead.

Eugenio Velez provided an insurance run in the eighth with a two-out, groundball single to right to score Maile for a 6-3 advantage.

The Bulls maintained a one-game lead in the South over Norfolk, but pushed third place Charlotte 2 1/2 games behind.