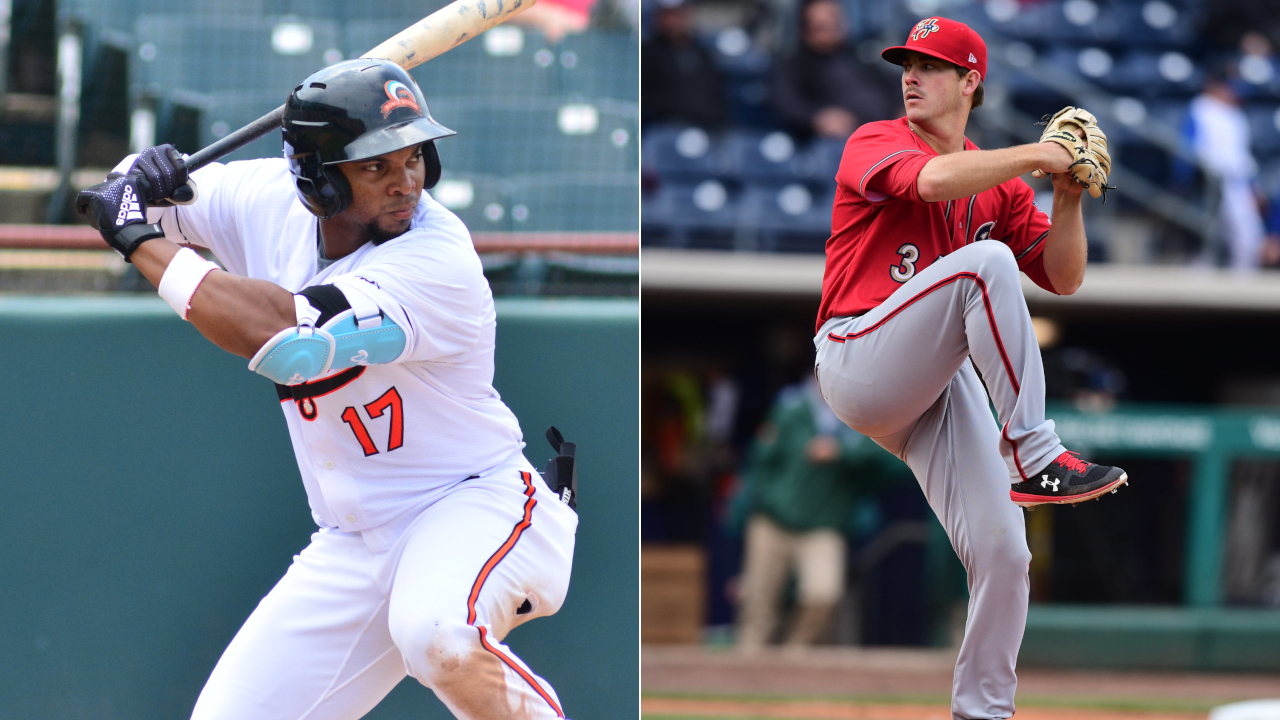 Bowie Baysox outfielder Yusniel Diaz has been selected as the Eastern League Player of the Week for the period of June 10th-June 16th. The 22-year old batted .364 (8-for-22) with two doubles, three home runs, 12 RBIs, seven runs scored, four walks, and a .864 slugging percentage in six games for the Baysox last week. Diaz, who is a native of Havana, Cuba, drove in at least one run in all six games he played in last week and had multiple hits in three of those games. He also hit a home run in three straight games from June 12th-June 14th. The 6'1", 195 lb. slugger led all Eastern League hitters in home runs (3), RBIs (12), total bases (19), and slugging percentage (.864) last week and tied for the league lead in runs scored (7). He also finished ranked among the weekly leaders in OPS (1.308-2nd), doubles (2-tied 3rd), hits (8-tied 6th), walks (4-tied 6th), batting average (.364-tied 8th), and on-base percentage (.444-9th). Yusniel, who is rated by MLB.com as the second best prospect in the Baltimore organization, was acquired by the Baltimore Orioles in a trade from the Los Angeles Dodgers on July 18, 2018. He was originally signed by the Dodgers as a free agent on November 21, 2015.

Ben Braymer, a left-handed starting pitcher for the Harrisburg Senators, has been selected as the Eastern League Pitcher of the Week for the period of June 10th-June 16th. The 6'2", 215 lb. hurler started one game for the Senators last week and had a record of 0-0 with seven strikeouts and a 0.00 ERA. Braymer, who is a native of Baton Rouge, Louisiana, made his lone start of the week on Wednesday night at Richmond and fired eight no-hit innings for the Senators in a 1-0, 10-inning loss. He struck out seven batters and walked one while retiring the final 20 batters he faced. The Harrisburg bullpen carried the no-hitter into the bottom of the 10th innings before a walk-off single with one out ended the no-hit bid and the game. The 25-year old ranked first among all Eastern League pitchers in batting average against (.000) and WHIP (0.13) last week and tied for the lead in ERA (0.00). He also finished ranked among the weekly league leaders in innings pitched (8-0-5th). Ben, who has a record of 3-4 with 63 strikeouts and a 2.55 ERA in 12 starts for the Senators this season, was selected by the Washington Nationals in the 18th round of the 2016 draft out of Auburn University.