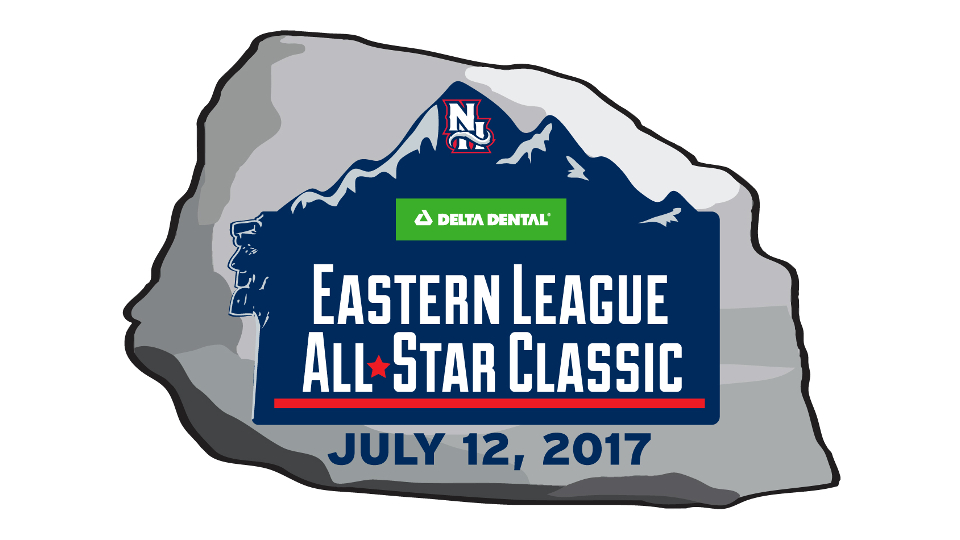 The All-Star Game will be hosted at Northeast Delta Dental Stadium on July 12 at 7:05 p.m. The All-Star festivities also feature an Army vs. Celebrity Softball Game and Jordan's Furniture Tempur-Pedic Home Run Derby on July 11.

Eastern League Player of the Month 3B Mitch Walding headlines the new additions. The former Phillies fifth-round pick leads the Eastern League with 20 home runs this season, including 13 in the month of June. Walding will also be the top seed in Tuesday night's Jordan's Furniture Tempur-Pedic Home Run Derby. He'll be joined on the Eastern Division All-Star squad by teammate RHP Yacksel Rios , who has excelled out of the bullpen this season. The 24-year-old leads the Eastern League with a .165 opponents batting average and a 0.81 WHIP. In 37 innings, he's struck out 46 batters and yielded a 1.95 ERA.

Trenton's OF Zack Zehner  (zay-ner) and LHP Nestor Cortes have received All-Star nods as well, giving the Thunder (Yankees) a league-best six selections. Batting .287 (and .300 thus far in the month of July), Zehner has provided four home runs, 37 RBIs and six steals for Trenton's juggernaut offense, which leads the league in runs per game (5.1) and ranks second in batting average (.269). On the pitchers mound, Cortes has posted a 5-0 record and a 2.83 ERA in 15 appearances (seven starts). Eastern League opponents are batting just .192 against the southpaw, who pitched to a 3.18 ERA in 5.2 innings with Triple-A Scranton/Wilkes-Barre earlier this season.

In addition to these roster additions, the Eastern Leauge has announced that Binghamton's P.J. Conlon and Kevin Taylor, as well as Trenton's Mike Ford and Justus Sheffield, will not be available to participate in the All-Star Game.

The Northeast Delta Dental Eastern League All-Star Classic begins on Tuesday, July 11 at 5 p.m. with the Celebrity vs. Army Softball game. The Jordan's Furniture - Tempur-Pedic Home Run Derby, which gives eight lucky fans the chance to win a Tempur-Pedic mattress valued at $2,800, will begin at 6:30 p.m. First pitch of the Eastern League All-Star Game is scheduled for 7:05 p.m. on Wednesday, July 12.

Tickets to the sporting event of the summer at Northeast Delta Dental Stadium are available at NHFisherCats.com/AllStar or by calling (603) 641-2005.

For media requests or to apply for press credentials, please contact Tyler Murray at tmurray@nhfishercats.com.