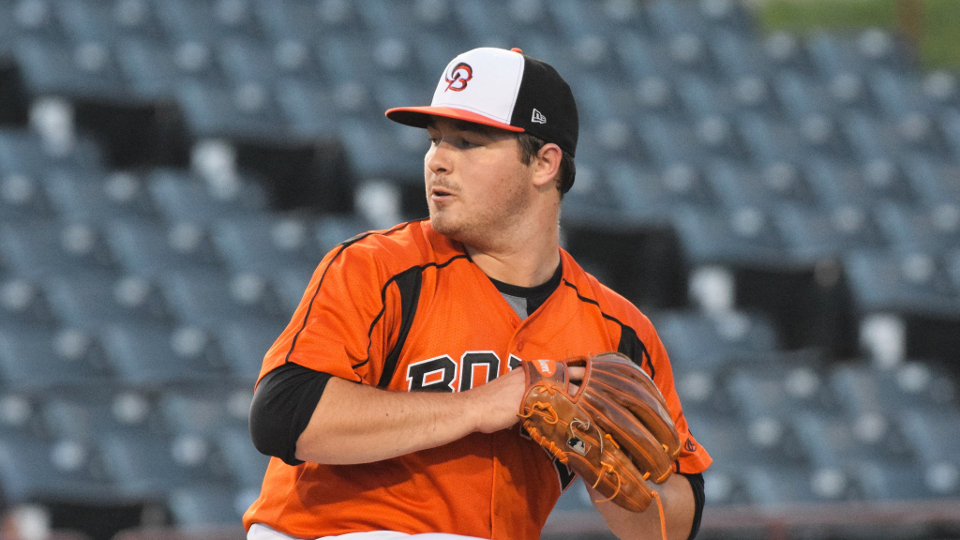 Bowie Baysox left-hander Keegan Akin has a record of 14-7 with a league-high 142 strikeouts this season. (Patrick Cavey/MiLB)

Portland, ME - The Eastern League of Professional Baseball is pleased to announce that Bowie Baysox left-handed starting pitcher Keegan Akin has been selected as the 2018 Eastern League Pitcher of the Year.

Keegan, who is currently rated by MLB.com as the 12th best prospect in the Baltimore organization, was selected by the Baltimore Orioles in the 2nd round of the 2016 draft out of Western Michigan University.