Mets' Tebow out for year with broken hand 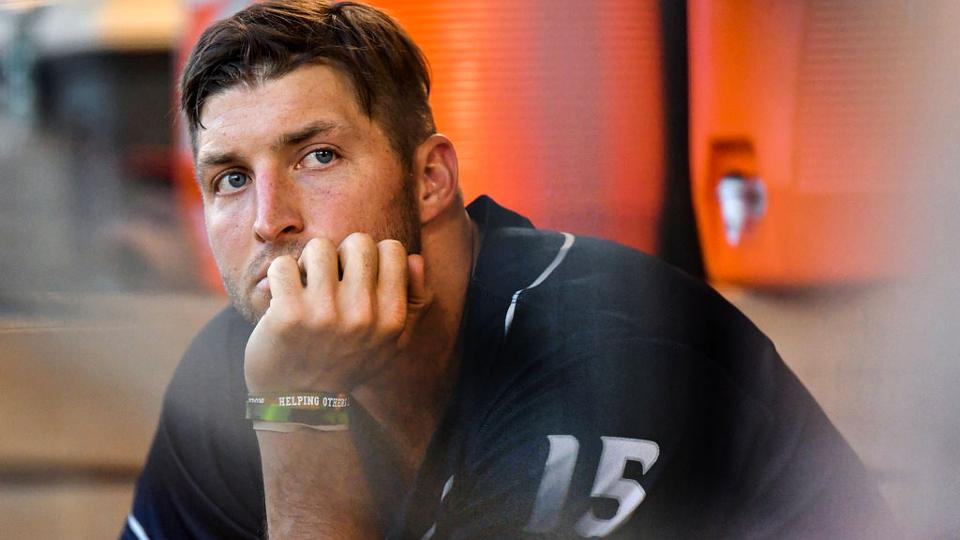 Tim Tebow was batting .340 in July before he hurt his hand on July 19 against Trenton. (Terrance Williams/MiLB.com)

Tim Tebow's second season in the Minors appears to be over.

The Mets outfielder will have surgery on his broken right hand and is expected to miss the remainder of the 2018 season, according to multiple sources on Monday.

MLB.com's Anthony DiComo confirmed the news, saying Tebow had broken the hamate bone in his right hand and is expected to undergo surgery Tuesday. ESPN's Adam Schefter was the first to report the news.

Tebow initially hurt his hand swinging the bat in the seventh inning of his last appearance on July 19 against Trenton and the Mets placed the former NFL quarterback on the seven-day disabled list two days later. He went to New York to see a hand specialist on Monday morning after undergoing an X-ray and an MRI last Friday.

Tebow, who signed with New York in September 2016, was expected to be considered for a call-up to the Majors this September for the struggling Mets, who have also dealt with injuries at the Major League level to stars Yoenis Cespedes and Noah Syndergaard.

Tebow lands on DL for Mets

Binghamton manager Luis Rojas expressed concern for Tebow on Friday when the outfielder was initially sidelined.

"We're really tentative to use him in any other area," he told MiLB.com. "The organization and our medical trainer required him to go to New York as soon as possible. We have to find out what the discomfort is. We just have to make sure that it's nothing major."

Video: Tebow's sixth home run of the year for Binghamton

Tebow has totaled 14 multi-hit games and four three-RBI games this year. He homered in his Double-A debut on April 5 against Portland, hit .301 in 24 June games and was batting .340 in 15 July contests before breaking his hand. The Rumble Ponies outfielder, who doubled in the Eastern League All-Star Game earlier this month, is hitting .310 with runners in scoring position and .326 with two outs. He's batted .281 against lefties and .269 vs. right-handers and ranks No. 22 in batting in the Eastern League, ahead of prospects like Bo Bichette, Cavan Biggio and Cole Tucker.

Tebow split his first season in professional baseball last year between Class A Columbia and Class A Advanced St. Lucie, hitting .226 with eight homers and 52 RBIs in 126 games.