Second-ranked Nats prospect surging since end of May 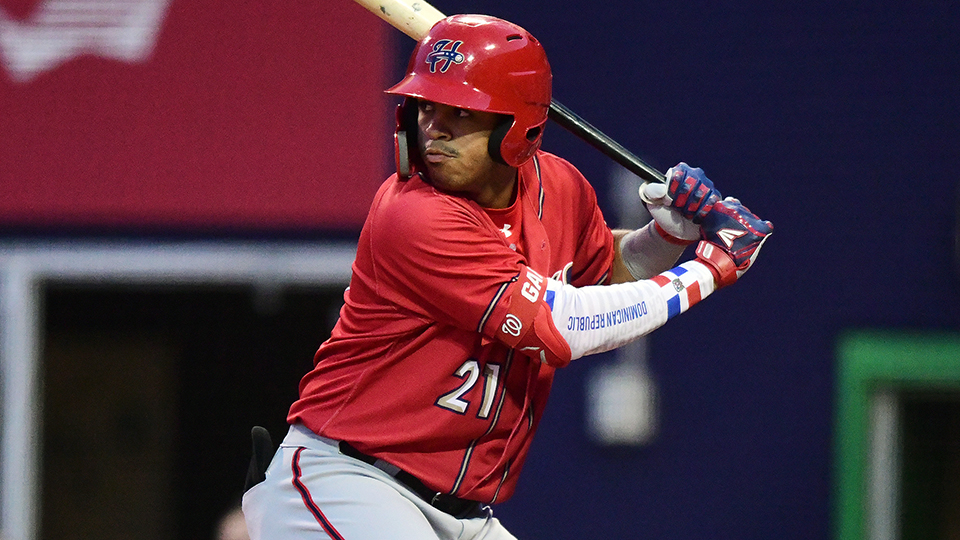 Luis Garcia is batting .331 with 15 runs scored in 27 games since the end of May. (Kevin Pataky/MiLB.com)

Luis Garcia has extended his white-hot June into July as he continues to adjust to Double-A pitching.

The second-ranked Nationals prospect tied his season high with four hits, drove in two runs and scored one as Harrisburg rolled to an 11-2 triumph over Richmond on Tuesday at FNB Field.

Video: Senators' Garcia shoots single through the right side

The 19-year-old, MLB.com's No. 61 overall prospect, lined a single to center field off right-handed starter Brandon Lawson in the first inning. He drove in two runs with another single, then came home on a two-run homer by Adrian Sanchez as the Senators erupted for seven runs in the second.

Garcia also singled to center off righty Carlos Navas in the sixth and shot a grounder through the right side leading off the eighth against Giants No. 14 prospect Melvin Adon. The four hits matched the season high he established on June 8 at Reading.

"It has been a tough start," he told MiLB.com last month. "But I come in every day to get my work in. ... I just want to keep going to help the team win."

Sanchez drove in three runs and Rhett Wiseman was 3-for-4 with a double, three RBIs and a run scored for Harrisburg. Jackson Tetreault (2-4) recorded his first win since May 17 after limiting the Flying Squirrels to two runs on five hits and two walks with four strikeouts over six innings.