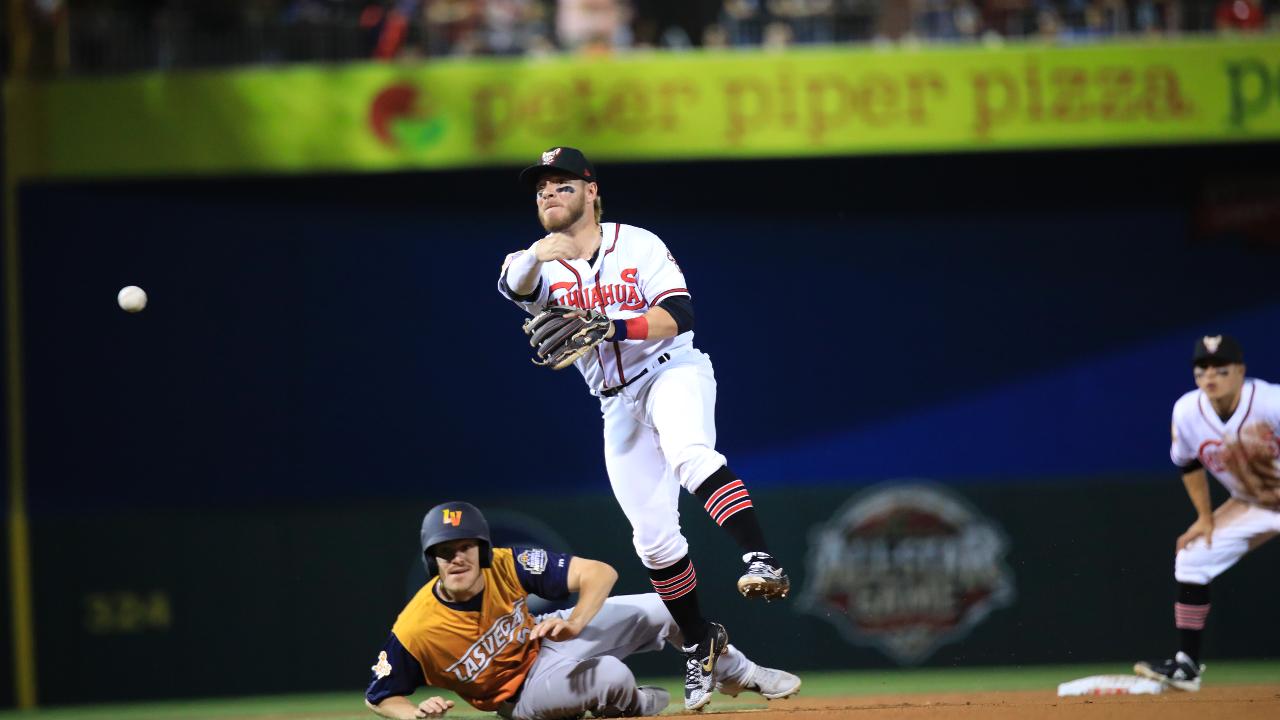 The El Paso Chihuahuas scored twice and brought the tying run to third base in the bottom of the ninth inning Thursday but fell to the Las Vegas Aviators 9-8. It was just the second time in team history the Chihuahuas lost a season-opener, compared to four previous wins in the first game of a season.

Ty France went 3-for-4 with a home run and four RBIs in the loss for El Paso while Esteban Quiroz went 1-for-3 with a walk and a three-run homer. There were five combined home runs and six lead changes Thursday.

Alex Dickerson had a pinch-hit walk in the eighth inning in his first plate appearance since 2016 after missing the last two seasons with injuries. The Chihuahuas turned three double plays in the loss. Thursday was Las Vegas' first game as an A's affiliate and its first game using the name "Aviators."