The Scoop With Bill Knight: A Place Where Magic Moments Dwell 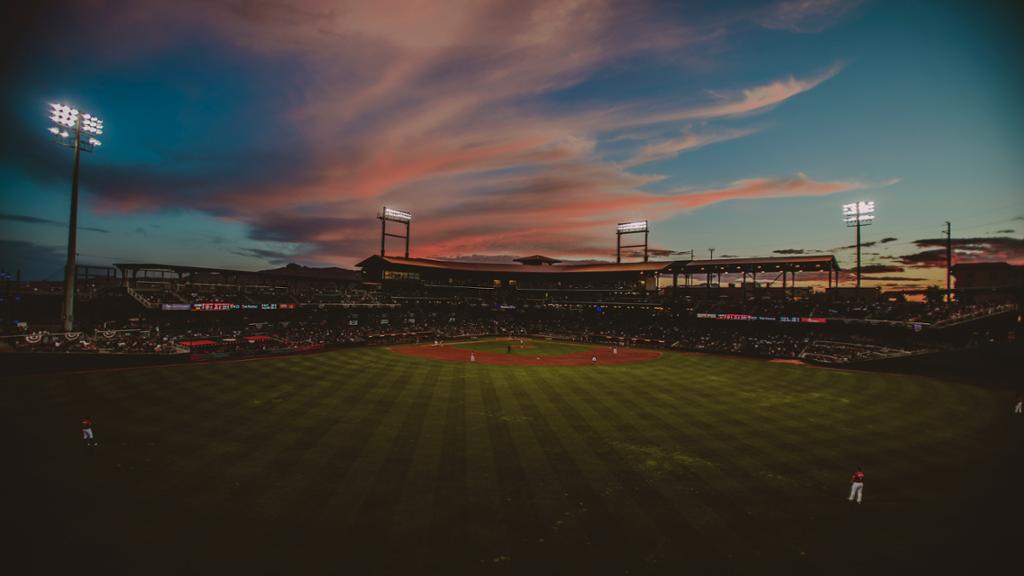 It is a place where magic moments dwell.

It was once Dudley Field for so many El Pasoans. And then it was Cohen Stadium. And now it is beautiful Southwest University Park.

The magic, the memories come in all shapes and sizes. They are collective and they are individual. Some are simply personal and they will travel with a soul for a lifetime.

One example came on a beautiful, sun swept Easter Sunday afternoon. It was a routine play, really. Josh Naylor circled under a fly ball to straight-away left field, made the catch and tossed the ball toward the green grass beyond the left field wall, an intended souvenir for some fan.

The ball came up a bit short and bounded back onto the field.

Naylor retrieved it, tossed it again and began running to the dugout. He was almost to the infield when he noticed his toss came up just a tad short again, coming to rest on the warning track, nestled against the left field wall.

Naylor circled back, jogged all the way back to the wall, got the ball and tossed it just over the wall to a wide-eyed young boy. It was but a moment, a moment when Naylor could easily have continued on to the dugout.

But it was magical for that little boy. He had a baseball, a baseball from an El Paso Chihuahua. His feet might not have touched the ground on the way home. And it will be in his memory bouquet for a lifetime.

It was but one magical moment of many, so many, that occur every time the fans push through the turnstiles and the boys of summer play their game at Southwest University Park.

A few grumbled when the Chihuahuas got off to a slow start, going 1-6 in their first seven games. Those fans probably forgot that the 2016 Pacific Coast League Chihuahuas began their season 1-5.

Of course, most fans know that a baseball season is a curious animal, one that meanders over many directions throughout the marathon that is a season.

The Chihuahuas made magic on the field in this last homestand and left on their road trip with an 11-7 record.

The Chihuahuas then traveled to make magic, winning five straight in Las Vegas and three of four in Fresno. The Chihuahuas won 12 straight before losing Thursday afternoon and have won an amazing 18 of their last 20 games, erasing that poor start instantly.

There are so many signs of future magic on this team and that last homestand was beautiful foreshadowing of wonderful days to come.

The bats were never an issue. The Chihuahuas can hit the ball and hit it with bad intentions. But the pitching slipped in and swiped a bit of the show over the final four days of the homestand. The Chihuahuas got four straight quality starts from their pitching staff.

The bullpen was solid and the wins mounted.

But those bats were not going to be overshadowed.

Ty France was front and center and was named Pacific Coast League Player of the Week for his torrid bat show. France hit an other-worldly .571 over the seven games in the week, had 16 hits, 17 runs batted in and seven home runs. No player in baseball - Major League or Minor League - had a week of production like that. Only reigning National League MVP Christian Yelich of the Milwaukee Brewers had more than the seven home runs. He had eight.

France hit the ball so fiercely that when former Chihuahua Jose Pireles went on the 10-day injury list, France was called up to the big show. He already has a pair of pinch hit base hits for the San Diego Padres.

That base hit barrage brought some moments of magic for El Paso fans. But they were hardly the only ones.

Naylor hit two home runs on Easter Sunday, the same afternoon he made memories for a little boy. One of his home runs was over the Big Dog House, bouncing into the street and being logged in at 471-feet on the fly … 471 feet … more than the length of one-and-a-half football fields.

Catcher Austin Allen cracked one over the Big Dog House a day later. Luis Urias is back from a short stay in the Major Leagues and is hitting line drives, just as he always has. Alex Dickerson is getting healthy and delivering base hits, hitting into the .340s.

The Chihuahuas even created moments of magic in Las Vegas. Urias hit three home runs Sunday, becoming the first Chihuahua to ever do so in one game. The night before, on a Las Vegas Saturday night, the Chihuahuas set a team record with seven home runs.

The hit parade went on and on and it will almost certainly continue through this summer of 2019.

The Chihuahuas will return to Southwest University Park on Friday and there will be more magic, more memories made.

That is all part of the summer game. The big video board in right field shows boys and girls and moms and dads, fans of all ages, laughing and having fun between innings.

The Chihuahuas will open a four game series with Salt Lake Friday and follow that will four against Albuquerque.

Southwest University Park is a special place in El Paso summers. Walk through the turnstiles and look around and eyes are big - for the young and the young at heart. Baseball is a game that most of us have carried in our hearts for a lifetime, from the moment of playing catch with mom or dad in the back yard, to watching special games, to playing a few of our own.

And so, when fans settle into their seats on those beautiful desert summer evenings, they know.

A memory for a lifetime might be just a moment away because they are in a special place - a place where magic moments dwell.

Bill Knight may be reached at bknight@epchihuahuas.com